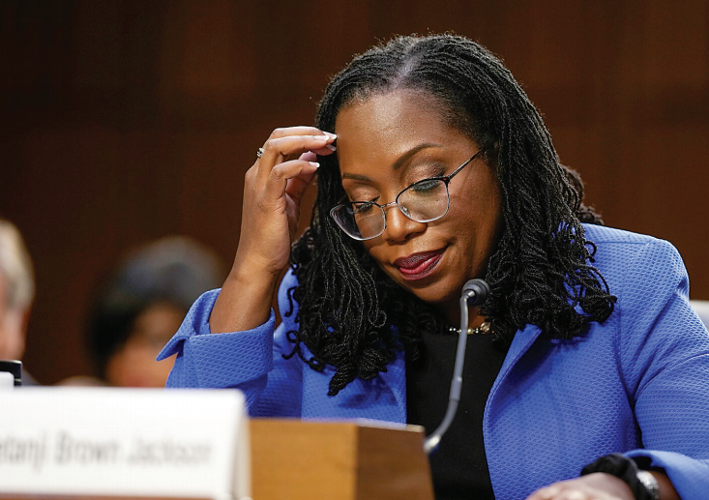 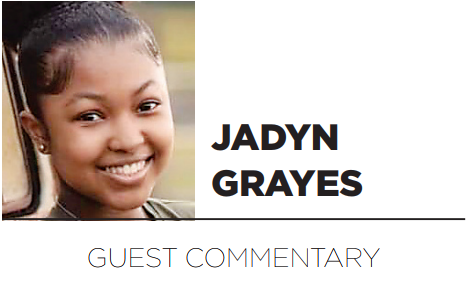 Editor’s note: Jadyn Grayes is a sophomore at Robinson High School in Tampa This column was first published in her school’s student publication.

Ketanji Brown Jackson was berated and disrespected at her confirmation hearing by Republican senators.

In a confirmation hearing, nominees are questioned by senators on their qualifications for the position.

Republican senators used this as an excuse to manhandle and dog whistle a woman that has repeatedly been deemed overly qualified to be a Supreme Court justice by her critics.

The absurd queries and trick questions designed to antagonize Jackson were thrown at her during the whole duration of her hearing process.

Imagine a lawyer and judge with a decade of experience being interrogated on the definition of a woman and whether or not infant books are racist.

Her ability to judge was also questioned when she was asked whether or not she is an “activist judge.’’

This is a judge that uses their personal morals and beliefs to influence their court decisions, suggesting that in the decade that Jackson has been serving the justice system she’s used bias to push her own agenda.

There was no proof suggesting that this accusation is true and the question was unwarranted.

It was a disgrace to not only her qualifications, but the significance of this situation.

Jackson is the first Black woman to ever be nominated for the position of a Supreme Court justice.

Instead of recognizing this even in the slightest bit, her hearing was compared to those of current Supreme Court Justice Brett Kavanaugh’s in 2018, who was accused several times of sexual assault.

Using an innocent Black woman’s confirmation hearing as an excuse to reference a white man accused of sexual assault is inexcusable and shameful on the senators that endorsed this topic.

The interrogations of Jackson have been grossly unfair but this is not surprising.

It was expected that Republican senators would spoil the significance of this situation with berating and horrible accusations. There is only one thing I can say: Ketanji Brown Jackson deserves better.

Jadyn Grayes is a sophomore at Robinson High School in Tampa and a first-year member of the newspaper staff. She is in the IB program at the school and plans to study law after graduation.