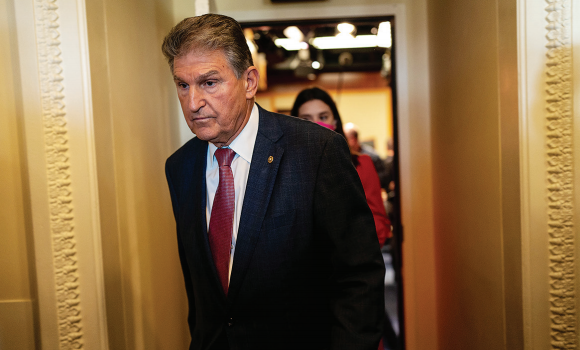 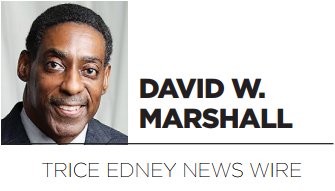 A subsidy is defined as a sum of money granted by the government or a public body to assist an industry or business so that the price of a commodity or service may remain low or competitive.

In other words, it’s a form of financial aid. U.S. taxpayers spend tens of billions of dollars annually in subsidizing fossil fuel exploration and production.

While faced with the critical challenges associated with climate change, is it financially prudent and responsible to keep providing massive tax breaks and direct payments to oil, gas and coal companies? From a scientific perspective, the answer is no.

Researchers have warned that if we are to avoid the worst effects of climate change, we must keep the global temperature rise under 2 degrees Celsius. This is accomplished by keeping three-fourths of the global fossil fuel reserves in the ground.

From a public health perspective, the answer is also no. Extracting, refining and burning fossil fuels releases various types of pollution thereby poisoning our air and water. Coal is an outdated fuel which is the single largest driver of climate change.

The health effects of coal burning can lead to respiratory and cardiovascular mortality. It should be no surprise that people who suffer the most when it comes to detrimental health effects are primarily Black, Brown, Indigenous, poor and workingclass communities.

Fossil fuel companies are fully aware of these harmful risks, yet they continue to request and receive exploration and production subsidies for their drilling and mining operations.

At a time when the U.S. should be phasing out these subsidies and transitioning toward clean and safe energy, we commit four times more in financial assistance to fossil fuels compared to what we currently invest in renewable energy.

The climate crisis has long been ignored and the hard realty we face is bleak.

Consider the arrogance, negligence, and the greed of those who benefit from these subsidies. The fossil fuel extraction projects which are already in progress will produce enough climate pollution to push us past 2 degrees Celsius for global warming.

These current and future projects would not be possible without the financial assistance from government subsidies which are often used to reduce a company’s operating expenses.

This type of aid has now become handouts which are no longer needed. Scientists have pleaded their cases and sounded the alarm for decades. President Obama, in his 2012 State of the Union Address, stated “We’ve subsidized oil companies for a century. That’s long enough.”

The President Biden’s Build Back Better Act is a step in the right direction.

A major part of this domestic agenda confronts climate change by proposing $320 billion in tax incentives for producers and purchasers of wind, solar and nuclear power.

Today executives, shareholders and lobbyists throughout the oil, gas and coal industries continue to maintain an unwillingness to invest in the safety people and the safety of our environment. The same is true for their Republican cohorts.

And while Joe Manchin represents one of the leading coal-producing states, the Democrat from West Virginia receives the type of financial contributions which are typically given to Republican lawmakers.

Due to the fact that Manchin has effectively opposed President’s Biden’s domestic initiative, Republican and energy industry donors are supporting those efforts while backing it up with campaign donations.

Time is running out, so which Joe Manchin will prevail in 2022? As the fossil fuel industry would like Manchin to maintain his opposition to the President’s social and climate bill, a prominent coal miner union from West Virginia wants the Senator to reconsider his opposition.

They singled out provisions in the package where tax incentives would create new jobs for unemployed miners. They also expressed their support on how the bill will help miners suffering from black lung disease.

Manchin in the middle

We have to wonder if the voices from Manchin’s constituents will overcome the financial influence from special interests’ donors.

On the other hand, where Republicans would love for Manchin to switch parties, Democrats would love for him to support the expanded child tax credit and the subsidized child care for families.

This is a tall order for Manchin. In order to defeat poverty, you have to have a willingness to confront it.

It is no coincidence they are mostly politically and socially conservative states. Poverty is sustained wherever there is not a consistent desire to invest in all people.

Every poor person and poor family regardless of background has a story to tell. From any poor family, there is the potential for one to rise up and become a future doctor, lawyer or Congressperson.

When we invest in all children, we are securing that our future workforce and future taxpayers will come from families of diverse backgrounds. Some would rather invest in fossil fuel corporations despite the risks.

Others prefer to invest in people even where family members have no job. As a nation, we should make corporate investments when it is appropriate and do the same for human investments.

There are fundamental differences between a Republican and a Democrat. Currently, Joe Manchin is essentially a member of both parties. Which one, the Republican or Democrat, will make the final decision on the Build Back Better Act?

David W. Marshall is founder of the faith-based organization, TRB: The Reconciled Body, and author of the book “God Bless Our Divided America.”