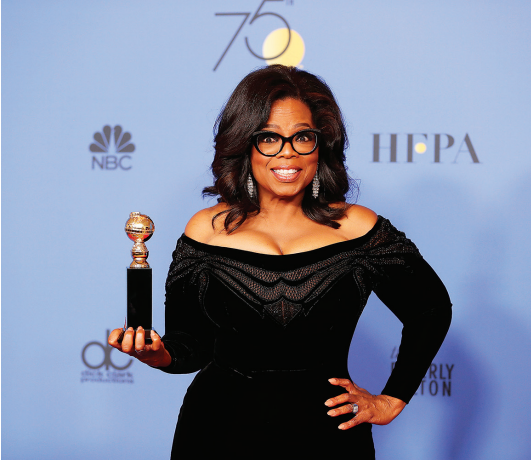 Oprah Winfrey attends the Golden Globes at the Beverly Hilton Hotel in Beverly Hills, Calif., on Jan. 7, 2018. She will interview Adele on Nov. 14 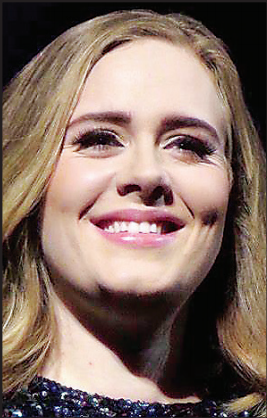 The Adele-aissance is officially upon us.

Four days after the singer-songwriter released her first single in six years, CBS announced Monday that the “Hello” hit-maker will preview her forthcoming album with a concert performance and TV interview with Oprah Winfrey during a two-hour prime-time special next month.

“Adele One Night Only” — airing Nov. 14 at 8:30 p.m. on CBS and streaming simultaneously on Paramount+ — will see the Grammy winner perform a mix of her greatest hits, as well as “several never-before-heard songs” from her highly anticipated fourth studio album, “30.”

The 33-year-old vocalist will also visit Winfrey’s rose garden for a conversation about the record, “the stories behind the songs, life after divorce, weight loss and raising her son.”

The CBS announcement comes shortly after Adele dropped her latest single, “Easy on Me,” and hosted her first-ever Instagram Live session fielding fans’ questions about her music opinions, personal life and, of course, the long-awaited album.

Upon its debut last week, “Easy on Me” drew rave reviews from fans and music critics eager to welcome the beloved musician back onto the scene. It also broke a record Friday, becoming Spotify’s most-streamed song in a single day.

“A stately and dramatic piano ballad in the classic Adele style, ‘Easy on Me’ finds the 33-year-old singer contemplating her experience in a fraught relationship,” wrote Mikael Wood for the Los Angeles Times.

“One presumes — sniffle — she’s singing about her recent divorce from Simon Konecki, with whom she shares a young son.”

Earlier this month, Adele finally unveiled the release date for “30,” out Nov. 19, and penned a lengthy statement reflecting on the process of making the record, which will explore “the most turbulent period” of her life.

“I’ve learned a lot of blistering home truths about myself along the way,” she wrote.

“I’ve shed many layers but also wrapped myself in new ones. Discovered genuinely useful and wholesome mentalities to lead with, and I feel like I’ve finally found my feeling again. I’d go as far as to say that I’ve never felt more peaceful in my life.”