Leslie Odom Jr., left, plays Harold McBrayer in “The Many Saints of Newark.” 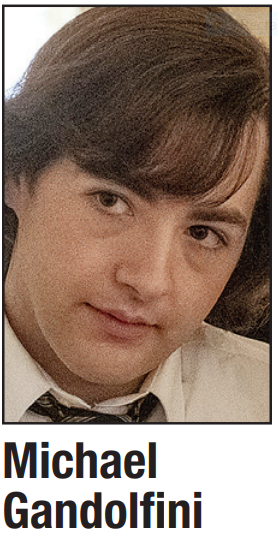 More than a decade after “The Sopranos” cut to black, a prequel movie is here to shed light on the New Jersey crime family’s back-story.

Leslie Odom Jr. and Michael Gandolfini are two of the power players in “The Many Saints of Newark,” which showcases the mobsters who molded Tony Soprano and explores the race riots of 1967.

“I was so surprised that Tony wasn’t a gun-wielding 8-year-old,” Gandolfini, 22, told the Daily News. “You think about it and you go, ‘Well of course he wasn’t. Why would he be? That’s not how that works.’

“But you think that he would be sort of this tough, cool mafioso since the age of, like, 3, but that’s not reality. The reality is that he’s this nerdy, goofy, sensitive, kind of meek kid who, throughout the arc of the movie, becomes hardened by his surroundings.”

The film, out in theaters and on HBO Max on Friday, adds new context to “The Sopranos,” which aired from 1999 to 2007 and centered on the mob boss Tony recounting his hardships in New Jersey and New York during therapy sessions.

Created by David Chase, the series is considered among the most influential ever made, credited for ushering in a wave of prestige TV via its captivating depiction of the complicated Tony and his Italian American family.

The stars of the new movie appreciate the series’ legacy.

“Anti-hero is ... an accurate term,” Odom told The News. “A hero was about perfection at a certain point. A hero was about honor and there was a rigidity to that, and Tony certainly doesn’t fit into any of that. But in many ways, we did kind of revere him as a hero, or as one of us.”

Odom, an original “Hamilton” cast member, plays Harold Mc-Brayer, an associate of the mob family at the center of the film.

“Harold is one of about 6 mil- lion Black people who was part of the Great Migration,” Odom, 40, explained. “They moved from the Southern states to the North and the West from about 1910 to 1970, looking to divorce themselves from a plantation economy, looking for good factory jobs and higher wages and a re- lief from a certain kind of oppression.

“There was a different kind of oppression waiting for us in the North, of course, but millions and millions made that trip, my grandparents included among them. It is adding that American story to this other American story of the mafia and the Sopranos family and Moltisantis.”

Odom’s character works closely with Dickie Moltisanti, who is Tony’s uncle and role model. Throughout the film, Dickie grapples with how to balance his mobster lifestyle with mentoring the impressionable Tony.

Gandolfini said it was important to convey Tony at a different emotional stage of his life than what audiences saw on “The Sopranos.” It was key, the actor said, to still capture the character’s trademark mannerisms and give viewers the Tony they know.

Playing the character made famous by his father, who died in 2013, was an honor, Gandolfini said.

“On so many different levels, it’s incredible,” Gandolfini explained. “I never really thought about it, doing it with my dad, until I watched (the movie). Then I watched it for the first time and I was like, ‘Wow, this is really special, me and him got to do it together as artists, as father and son, as two actors.’”

And like the original series, “The Many Saints of Newark” gives New Jersey a starring role.

“Being born and raised in New Jersey taught (Tony) many amazing and many possibly complicated lessons, so it’s completely necessary,” Gandolfini said. “A lot of the cast had spent (time) or had been from Jersey. I grew up in Jersey. My whole family lives up there. It’s in your blood.”