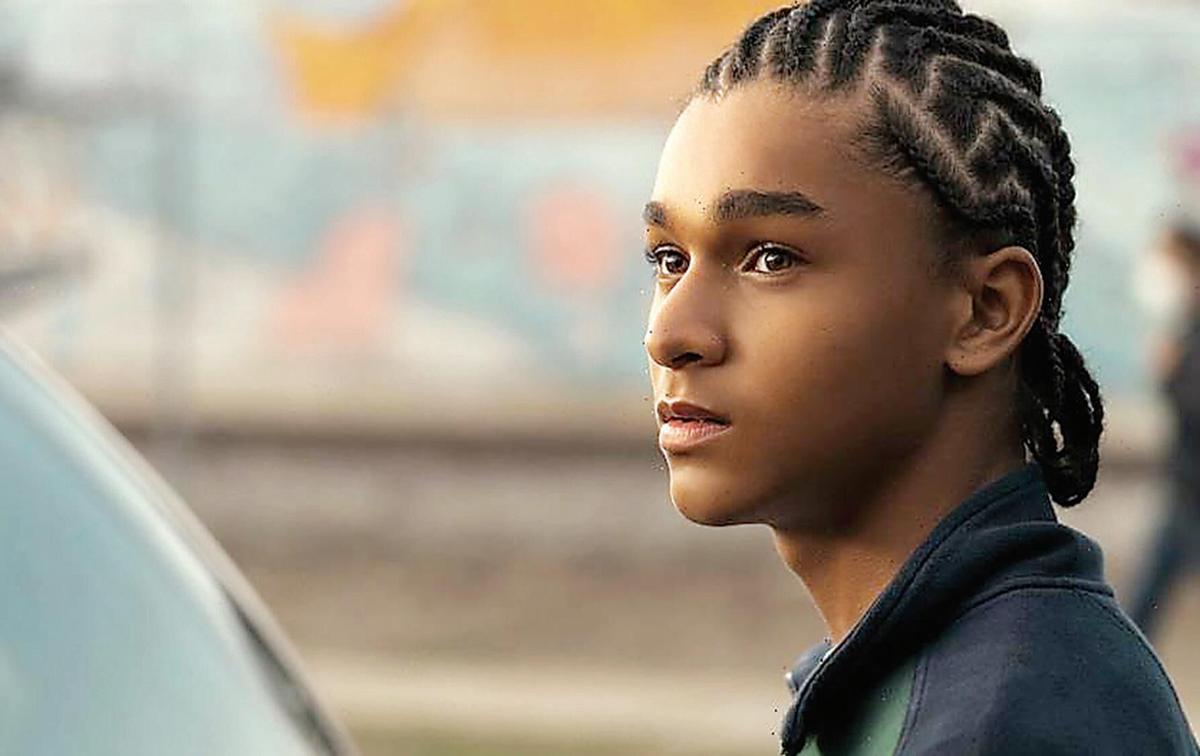 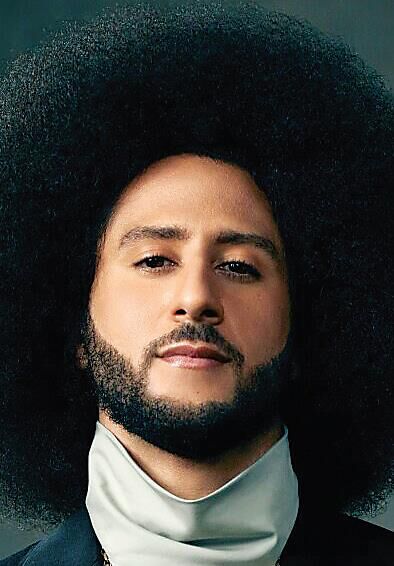 This isn’t about the 2016 NFL preseason when then-San Francisco 49ers quarterback Colin Kaepernick set off a firestorm with his silent protest during the national anthem. It’s not about the fallout that has led to five years and counting of him not getting an offer from an NFL team.

This is about a mixed-race teenager from Wisconsin who was adopted by a white family as an infant and transplanted to Turlock, California, at 4 and how he came to terms with straddling worlds of white and Black. It’s also about so much more.

The notoriously press-shy athlete and activist rarely grants interviews but agreed to answer questions via email about his new Netflix limited series, “Colin in Black & White,” which premiere Oct. 29.

“I had important goals I wanted to achieve in telling this part of my story,” Kaepernick told the Los Angeles Times. “I wanted to create a scripted series around my high school years that addressed race and racism head on.”

The show isn’t the NFL highlight-filled biopic one might expect. Its six episodes, co-created with Emmy winner Ava DuVernay, focus on teenage Colin (Jaden Michael), a three-sport star, as he comes to terms with his Blackness and struggles to be accepted as a quarterback.

But as will surprise no one who has followed Kaepernick, who risked his career by kneeling during the pregame playing of “The Star-Spangled Banner” to protest the ongoing mistreatment of Black Americans, “Colin in Black & White” is anything but apolitical: The biographical narrative is accompanied by cinematically supple historical interludes narrated by Kaepernick and directed by DuVernay.

It wasn’t exactly the story DuVernay came in expecting to tell either. But she soon understood the force of Kaepernick‘s determination.

“He had a really clear idea about wanting it to stay in the land of young adulthood and not to move past high school,” says the director of “Selma,” “13th” and “When They See Us.”

“It took me a second to wrap my mind around that, to be honest. ... That’s not really my thing, telling the story of young celebrities’ lives, right? What was interesting to me is how those early years fit inside a larger cultural and political paradigm.

“What is the context for these actions of a young person, the experiences or the realizations he’s having? How does that connect into a larger conversation about race, class, culture, identity, all of that good stuff?”

‘More than a quarterback’

Says Kaepernick: “The reason we focused on high school years is because they are pivotal in figuring out who you are, where you fit within society, and ultimately what your trajectory is going to be. It allowed us to dive into the complex racial dynamics of my family, my relationships and society.”

Series writer Michael Starrbury too had to find his way through to that focus.

“I went into it looking for a theme for myself and something that I could be excited about, or at least be able to relate to. I can’t relate to being a three-sport athlete. I can’t relate to having two white parents,” says Starrbury, who is Black. “But what I grabbed onto was the idea that, at that age, we always want to be something, but we may end up being something else.

The stories from Kaepernick’s youth related in the series shaped his perspective: the racist mistreatment he suffered at hotels when his high school baseball team was on the road; navigating his loving parents’ expectations; even his first experiences with Black hairstyling.

“When he was telling me the story about getting his hair braided for the first time; there’s metaphor in that,” says Starrbury. “How his parents reacted to it and how the community reacted to it; to me, it wasn’t necessarily about the hairstyle. This is a culture thing: Here’s a kid who’s discovering this culture, discovering his Blackness, and how do you deal with that?”

Kaepernick acknowledges he kept a tight grip on his story.

“As a co-creator and executive producer, I was involved in all aspects of the show — from its creation, to its script, to the casting decisions, format and final cuts,” he says. “The format and structure of the show became critically important because one of my goals was to tell a great story without ambiguity as to the messaging behind it.”

DuVernay describes Kaepernick’s involvement as “creating sculpture together with every fingerprint.”

“He was a filmmaking novice, but he is a quarterback. I was shocked at the way that his mind worked,” says DuVernay.

How did you remember your lines and hit the blocking?’” she recalls asking him. “And he said, ‘Remember the lines and walk?’ Basically, he said in a nicer way, ‘I’m a quarterback. I memorize hundreds of plays and know all of the ways they can go.’ His mind is so expansive in terms of movement and shape and meaning, what are the consequences of a move here or there?”

Starrbury, who now counts Kaepernick a friend, says what surprised him was “he was just a regular dude. The media makes you expect this young Martin Luther King, but he was just a regular, young, 30-something guy who was, you know, cool. He believes in this thing and he’s willing to fight for it.

“He’s super endearing and charming; he has this kind of natural leadership thing, which I guess you have to have if you’re going to be a quarterback in the NFL. He’s just a regular guy who had such a good time acting, he wants to act some more. He recognizes that this thing he’s in is bigger than him and hopes [the show] helps people recognize where that came from.”

The show follows young Colin’s emerging obsession with playing quarterback. As a teen, Kaepernick had scholarship offers to play baseball (as a pitcher); the series depicts his unshakable passion for football, even as it seemed the world was pushing him toward baseball.

“There is a passion and camaraderie in football and a leadership role as quarterback that I love,” he says. “Football also provided me a safe space where I was able to be in a community that looked more like me [the NFL, for instance, is about 70% Black], identified the way I do and was culturally connected to who I am. Baseball didn’t provide me with any of these things.”

That drive makes Kaepernick’s current lack of employment all the more plangent. He has been out of the game for five years, but like young Colin in the show, refuses to give up.

“The fire you see in the series has always been there and will always be there. I am still up at 5 a.m., training five, six days a week, making sure I’m prepared to take a team to a Super Bowl again.”

But “Colin in Black & White” is not, or not only, the story of a kid who wants to play quarterback.

Kaepernick says of his hopes for the series. “I want them to know we don’t have to accept the status quo, and ultimately, I want them to be their full selves and to stand firmly in their full power.”