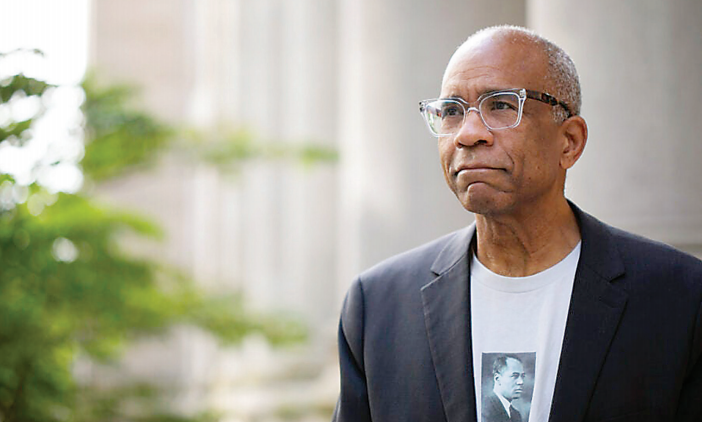 “ I am bothered by the way that some people misperceive me, but it’s not going to dissuade me from saying what I want to say,” says Randall Kennedy, Harvard Law School professor and author of “Say It Loud! On Race, Law, History, and Culture.” 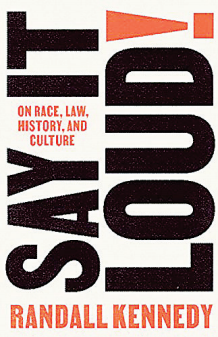 The author of six books, including “Nigger: The Strange Career of a Troublesome Word, Interracial Intimacies, and For Discrimination: Race, Affirmative Action and the Law,” Harvard University Law School professor Randall Kennedy is no stranger to controversy and intellectual combat.  Critics find it disconcerting “that I ask questions,” Kennedy has said,  “I actually question the premises of my own thinking and push my questions hard.”

In “Say It Loud!,” a collection of 29 essays, some of them previously published, Kennedy continues to pit his views against critics on the political left and right. Candid, cogent, contrarian, and often compelling, “Say It Loud!” is an immensely important contribution to our understanding of race in America.

Kennedy’s views are grounded in his conviction that although substantial progress has been made in the United States, there is  a long way to go: Whites still fare better than Blacks on life expectancy, health, wealth, employment, education and housing because of “indefensible present or past discrimination based on race.”

“Say It Loud!” covers a lot of ground.  Kennedy provides frank assessments of Derrick Bell, his Harvard colleague, and Supreme Court Justice Thurgood Marshall, for whom he clerked. He explains his opposition to peremptory challenges of potential jurors and the constitutional ban on naturalized citizens from serving as president of the United States.

Kennedy scoffs at the assumption that all -or even most – Supreme Court justices are deep thinkers who put the Constitution ahead of politics. He disdains Clarence Thomas as a vapid opportunist. And he dismisses Chief Justice John Roberts’ equation of malign, negative racial discrimination (overturned in Brown v. Board of Education) with benign, positive racial discrimination (by school boards in placing students) as “an awful example of myopic formalism.”

No reverence for Black leaders

Kennedy is especially combative when he questions the claims of “persons of progressive inclination.”  He believes that the reverence accorded leaders of the Black Panthers is unwarranted. He claims abolishing police forces will eliminate a public service essential to the well-being of millions of African Americans.

He labels as “specious” theories that racially oppressed people can’t be racists because only those in power can engage in racism.  He deems complaints that standardized test scores, grades, and other measurements of “merit” exclude on the basis of race as well as social class “unsubstantiated.”

Acknowledging that the exclusion of African Americans is deeply embedded in the history of Princeton, Kennedy finds the charge of “rampant racism” at the university in a letter signed by 350 professors, lecturers and graduate students in 2020 “untenable.”

He doubts whether the benefits of racial diversity in colleges and universities confer benefits “anywhere near the extent advertised by proponents of affirmative action.”

As a signal that he “rejects the tyranny of unreflective fashion” and “arbiters of opinion armed with superficial knowledge,” Kennedy reveals that he is eclectic in his use of the terms “Blacks,” “Negroes,” “colored folk” and “African Americans.” While taking note of inconsistency in his own “thought and conduct,” Kennedy “rejects notions of racial pride and kinship,” finding it noteworthy that those who most ostentatiously celebrated Black racial solidarity – including Marcus Garvey and Elijah Muhammad – also engaged in “divisive and merciless attacks on ‘brothers’ and ‘sisters’ who wished to follow a different path.”

Unsure about a blueprint for a racial promised land and chastened by the “misplaced certainties” of reformers in the past, Kennedy has come to more charitable view of the “conflicted beliefs and fragmented practices” in the United States.

Maybe the best that can be safely done at this extraordinarily inhospitable moment in American history, he writes, “are smaller, though significant, interstitial goals…distaste for racial prejudice alongside permission for racial prejudice; aversion to unjustifiable racial distinctions alongside of accommodation of desires to identify in racial terms.”

You have to wonder whether he is trying to convince himself as well as his readers. Or whether he wants to stimulate some of them – a lot of them – to disagree.