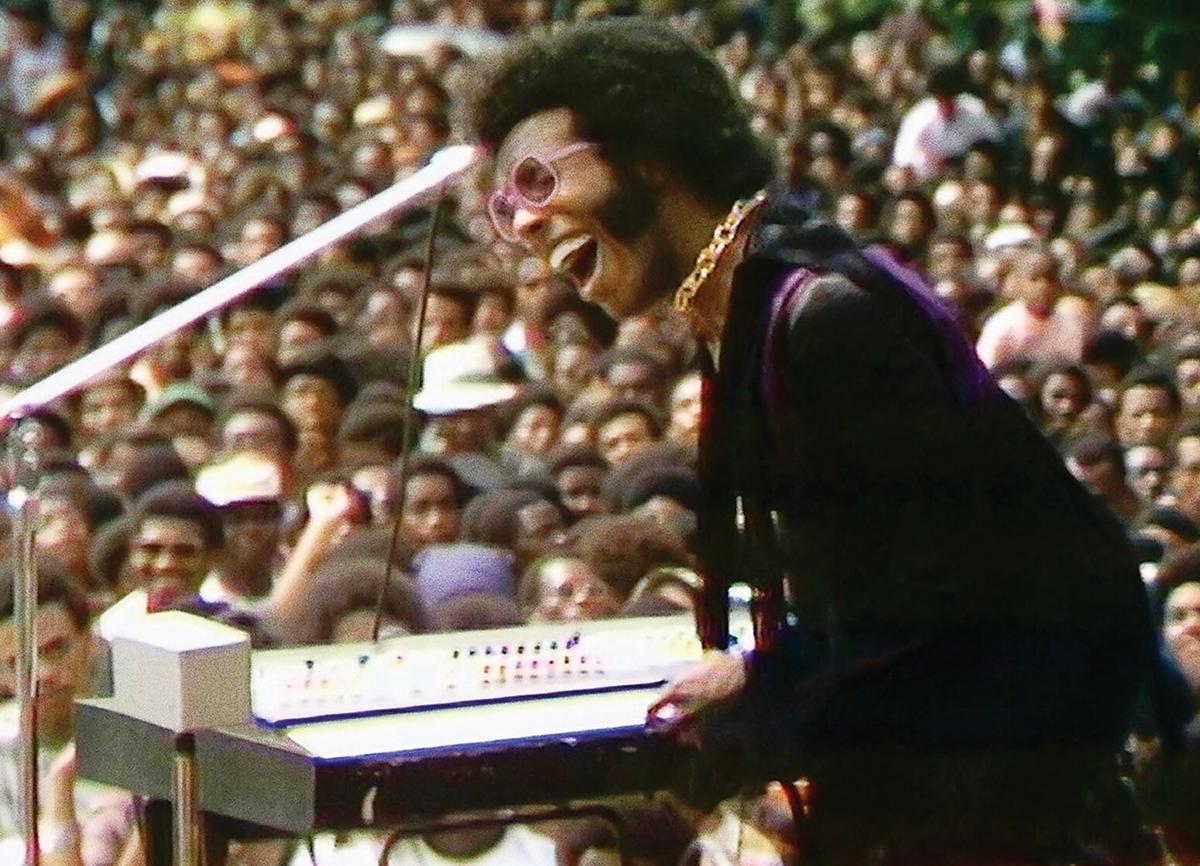 Musician Sly Stone is featured in “Summer of Soul (...Or, When the Revolution Could Not Be Televised),” the directorial debut of Ahmir “Questlove” Thompson. 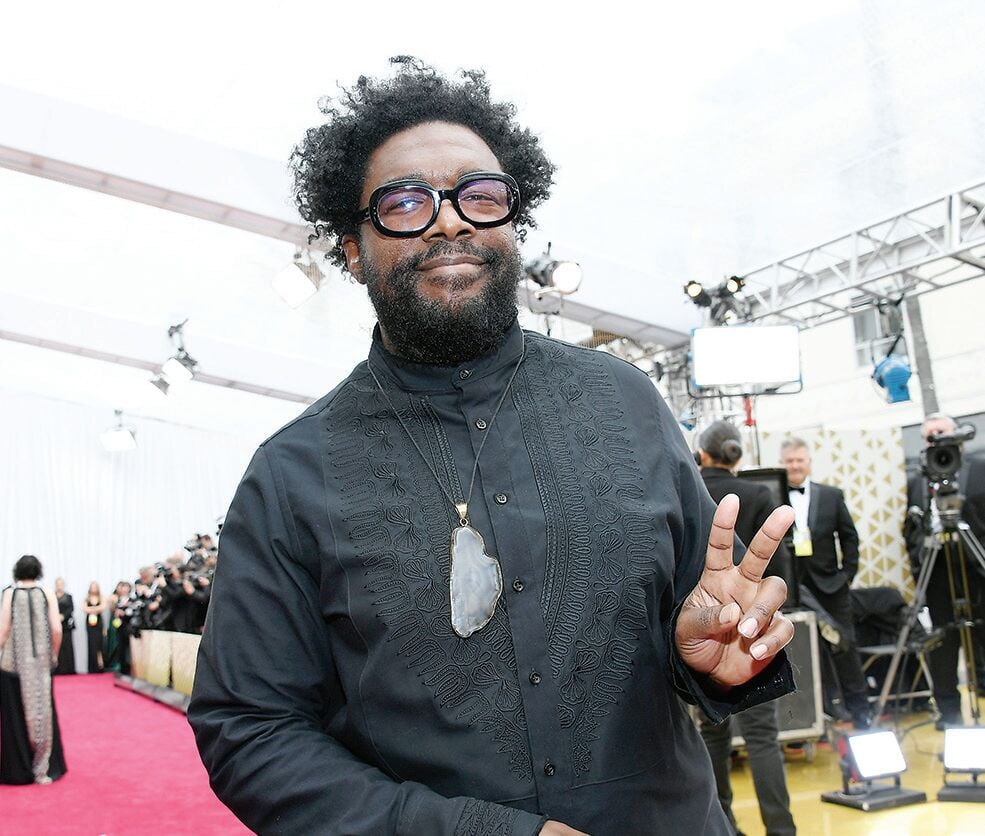 Questlove attends the 92nd Annual Academy Awards at Hollywood and Highland on Feb. 9, 2020, in Hollywood, Calif.

Besides The Roots and their nightly gig on “The Tonight Show Starring Jimmy Fallon,” Ahmir “Questlove” Thompson has many other jobs.

“Usually, I jump into the unknowing lake of creativity with absolute abandon,” says the drummer, A-list DJ and “Quest-love Supreme” podcast host.

“Write a book? I’ll do that. Teach at NYU? Yeah, I’ll do that. Everything I’ve done in the food world [including his “Questlove’s Potluck” shows and plant-based Questlove’s Cheesesteaks]. Any- thing outside my comfort zone of drumming.”

But when the opportunity arose to take charge of what would become “Summer of Soul (...or, When the Revolution Could Not Be Televised),” his joyous and insightful documentary about the 1969 Harlem Cultural Festival, he wasn’t so sure.

“With directing a movie, I was sort of like ... [making a screeching sound, slamming on the brakes],” he says, speaking via Zoom recently about the film, billed as “a Questlove Jawn,” which won both the Grand Jury Prize and the Audience Award at this year’s Sundance Film Festival. It opens Friday in theaters (where it will be most fully appreciated) and on Hulu.

“I don’t know if I can jump off this cliff, guys,” he remembers thinking. “I was trying to inch my way out of it. Why can’t I just be an executive producer and a talking head?”

Of course, Questlove has first-hand music fest know-how: He staged Philadelphia’s Roots Picnic with band co-leader Black Thought for 12 consecutive years before it was called off in 2020 due to COVID-19.

This year, he said, as the con- cert industry comes back to life, the band was hoping to pull an October Picnic at the Mann Center, but will reluctantly have to take a pass. “The Roots Picnic will not be happening in 2021,” he said. “But we are coming in 2022!”

Questlove served as a music consultant and voice actor on last year’s Pixar film “Soul,” but he was reluctant to add “movie director” to his list of occupations, partly due to the magnitude of the task before him. “Summer of Soul” brings back to life a glorious Black music event so dazzling in presentation and scale that its erasure from the historical record for half a century is mind-boggling.

In a series of free concerts held on Sundays in Harlem’s Mount Morris Park (now Marcus Garvey Park) from June to August in 1969, over 300,000 people witnessed incandescent performances by Sly and the Family Stone, Stevie Wonder, Nina Sim- one, B.B. King, Gladys Knight & the Pips, Hugh Masekela, the Chambers Brothers, the 5th Dimension, the Staple Singers and more.

Staged the turbulent year after the assassination of Martin Luther King Jr. — the year “when the ‘Negro’ died and ‘Black’ was born,” an off-screen voice says in the film — the festival was a Black culture celebration for a buoyant intergenerational crowd, sporting dashikis and Afros. The Black Panther Party assisted with security. Jesse Jackson delivered an “I am Black, I am beautiful!” sermon and introduced Mahalia Jackson and Mavis Staples, singing “Precious Lord, Take My Hand,” King’s favorite song.

Veteran television producer Hal Tulchin filmed the entire festival, which aired in one-hour excerpts on late-night New York TV. He then tried for decades to sell it as “the Black Woodstock” to network television execs or as a documentary film.

Producers David Dinerstein and Robert Fyvolent told Quest-love — who taught Prince 101 at New York University and whose fifth book, “Music Is History,” is due in October — that he’d be the ideal music nerd to make the film.

“They said, ‘If ever there was a time for you to jump into this medium, this is the perfect diving board,’ “ he said. “I just had to get over myself and my fears.”

For all of his encyclopedic knowledge, however, Questlove had never heard of the Harlem fest. “I live in this world where Biz Markie will call you up and say, ‘I’ve got this 45 you don’t got!’ Hip-hop producers trying to one-up each other. So instantly my ego was, ‘That didn’t happen, because I would have known about it.’”

Soon he realized that not only was the festival real, but he had actually seen some of the exceedingly rare footage before. “In 1997, when The Roots were in Japan for the first time, my translator took me to a place that weirdly enough was called the Soul Train Cafe.” TV monitors played bootleg clips of what he now realizes was Sly Stone’s performance at the HCF.

at performance footage as thrilling as Stone’s — or as jaw- dropping as the Stevie Wonder drum solo and David Ruffin sing-along on “My Girl,” recorded the day Apollo 11 landed on the moon — could have been discarded is a cultural crime that Questlove resolved to correct.

I kept making excuses in my head,” he says, noting that many of the artists at the festival, like Wonder and the Staple Singers, had not yet reached their peak of popularity, potentially explaining why mainstream America had no interest in an event that chronicled a golden era of Black music achievement.

“But the truth of the matter is, whether it’s blatant racism — like ‘they will not cross this bridge over our dead bodies’ racism — or benign racism, which is more dismissive, it doesn’t make a difference. I’ll say benign racism stings more, because it’s done so passive-aggressively.”

And perhaps the first-time director’s most fruitful decision was showing footage to performers like Marilyn McCoo and Billy Davis Jr. of the 5th Dimension and audience members such as Musa Jackson, who calls HCF “the ultimate Black barbecue.” Many grow emotional seeing a vanished episode from their youth reappear before their eyes.

His need to tell the Harlem Cultural Festival story hit home, Questlove says, when he was reading Prince’s posthumous memoir “The Beautiful Ones.”

“He talks about this moment with his dad taking him to see the Woodstock movie when he was 11, and how that changes his life. He knew instantly: That’s what I’m going to do. And I thought, ‘Whoa, what if this film had existed then?’ Think of the millions of other kids that this could have affected.”

Because the “Summer of Soul” story wasn’t told at the time, “what winds up replacing it as the flag-planting Black joy moment is ‘Soul Train,’” Questlove says. “That’s the first time you see Black teenagers on television, not mired in controversy or civil rights unrest, but expressing joy.

“Now, we’re just having that conversation about Black joy. It’s an important part of our story. It’s not just the bloodshed and the pain we’ve had to endure. There’s also a joy factor that we have to include in the narrative, that makes us human. Hopefully, this film will do that.”