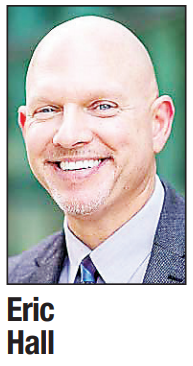 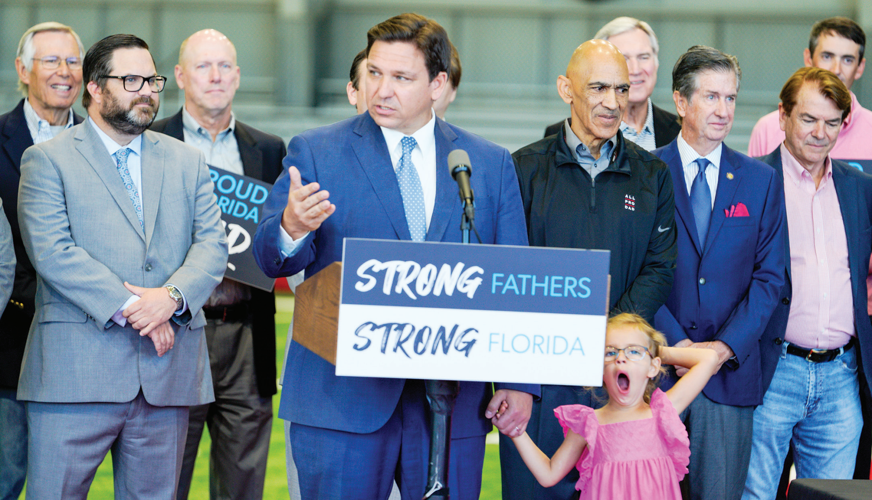 Gov. Ron DeSantis holds on to his daughter, Madison, during a news conference on April 11 at AdventHealth Training Center in Tampa. DeSantis signed a bill aimed at supporting fatherhood by connecting men with career services and children with mentorship.

TALLAHASSEE — Florida is preparing to launch mentoring and outreach programs geared toward bolstering fathers’ parenting skills and, in turn, helping at-risk youths as part of a $70 million initiative.

The initiative was included in a new law (HB7065) approved unanimously this year by the Legislature and signed by Gov. Ron DeSantis in April.

Some state agency heads appeared at a news conference Tuesday to tout the effort, which DeSantis has said comes as the nation faces a “fatherhood crisis.”

A significant portion of the money will go toward expanding mentorship programs for youths and funding grants designed to help fathers. Department of Juvenile Justice Secretary Eric Hall said providing fathers with resources and improving outcomes for youths go hand-in-hand, in part because roughly half of the children who interact with Hall’s department come from single parent homes.

“Unfortunately, in the Department of Juvenile Justice, we see too many of our young people coming from a single-parent home,” Hall told reporters. “What we are looking at is how do we engage those fathers that have an opportunity to be more engaged than what they are, or in some cases, how do we get male role models in the absence of a father?”

Hall said increasing educational opportunities also is a large part of the measure, which provides the juvenile justice department with $3.7 million to help support access to postsecondary education.

“The one thing we do know is that if we can close academic gaps and get them on a pathway into postsecondary education and training and get a credential that helps them accomplish their goals and their dreams, that’s how we change the life trajectory for them and their families,” Hall said.

Some of the grants funded through the law will be aimed at helping fathers find employment and pay child support, part of what Hall described as a “holistic” approach to solving larger problems.

Department of Economic Opportunity Secretary Dane Eagle said his agency will help carry out portions of the measure, including working with CareerSource Florida and local programs to help noncustodial parents.

Officials described the initiative as requiring extensive collaboration between state agencies. But local organizations will largely determine whether the initiative makes an impact.

Florida Department of Corrections Secretary Ricky Dixon stressed the importance of working with local groups in helping the thousands of fathers who come home after being incarcerated.

“We release around 8,000 individuals a year who are fathers,” he said. “So, it’s us working to provide the resources and partnering with local communities and the faith-based and civic organizations to provide those support structures that we need.”

The state Department of Health, meanwhile, is responsible under the law for facilitating “engagement activities” for fathers, “such as providing individualized support to fathers to increase participation in services that strengthen family and child well-being.”