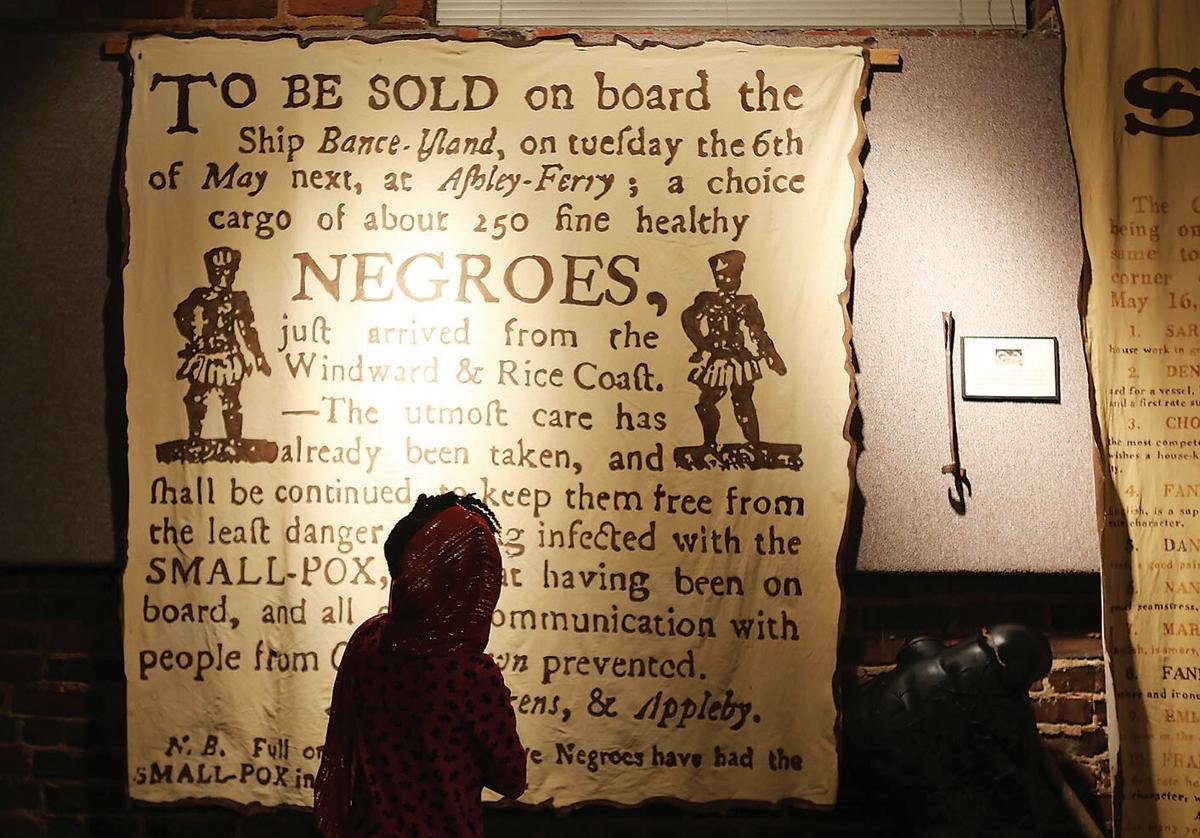 A youngster looks over a slave notice at the APEX Museum before the start of the Annual Kwanzaa ceremony on Dec. 28, 2013, in Atlanta. 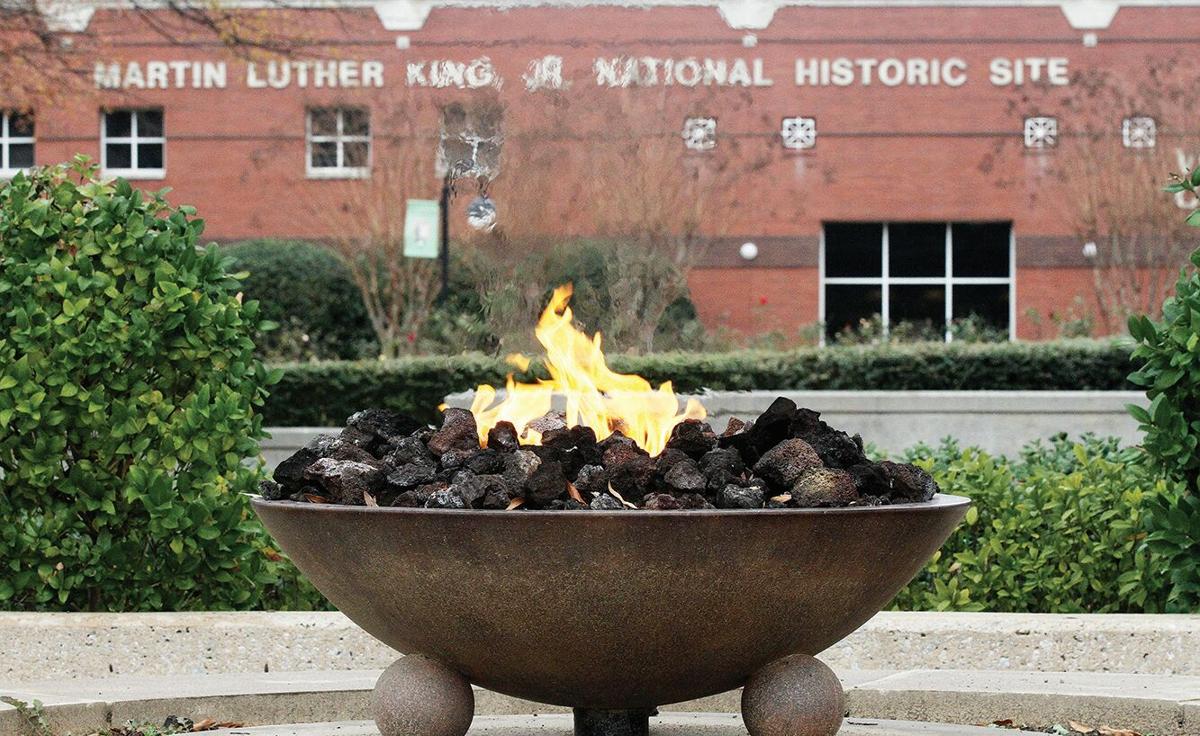 The Eternal Flame burns near the King tomb at the Martin Luther King Jr. National Historic Site in Atlanta. 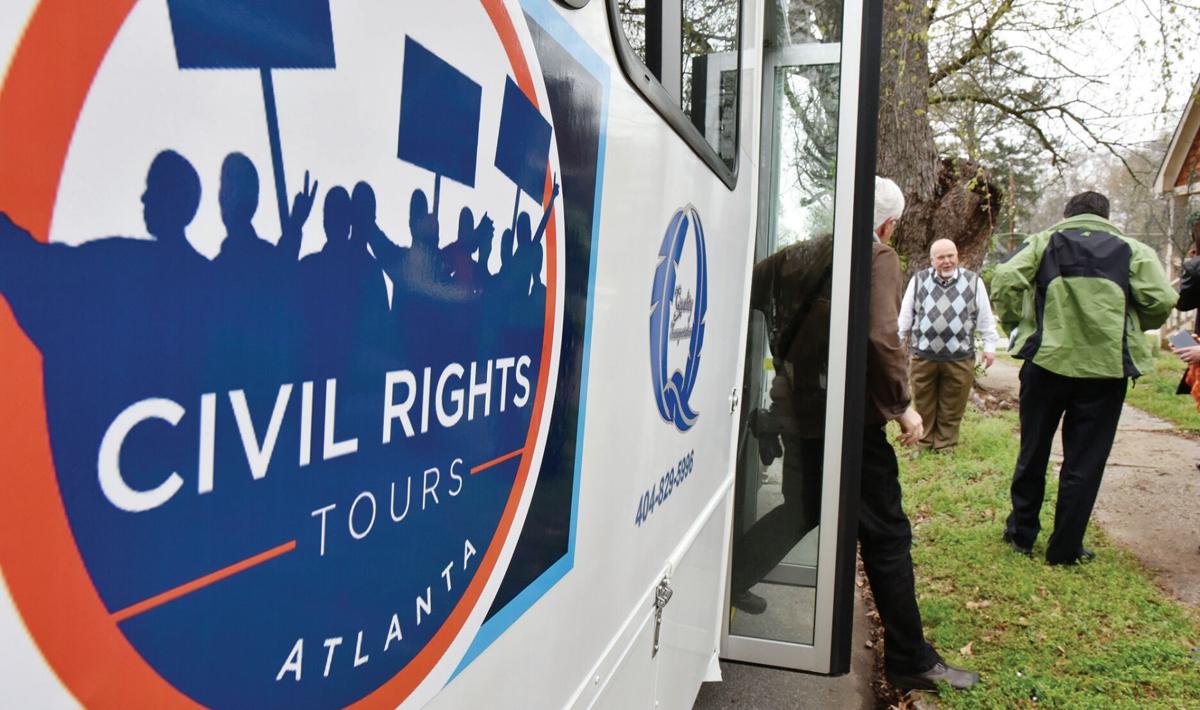 Members of the press get off the bus to view up close the house where Martin Luther King Jr. lived at the time of his assassination, during Civil Rights Tours Atlanta on March 20, 2015.

ATLANTA — Tom Houck, who spent his younger days chauffeuring Martin Luther King Jr. around town, is getting back behind the wheel — figuratively.

Fifteen months after the raconteur shut down his Civil Rights Tours Atlanta because of the pandemic, he is set to reopen this weekend.

The relaunch signals the cautious return of niche tourism in the city known as “the birthplace of the civil rights movement.”

It also comes as more Americans get vaccinated against COVID-19 — although fewer in Georgia than in many other parts of the country.

“Even though Georgia is not at the top of the list, the vaccine played a major role in my decision to reopen,” Houck said about resuming the tours. “I feel good about it.”

Amongst the murals that dot the city, Atlanta’s civil rights legacy is anchored by King’s huge shadow. But it is also the home of some of America’s leading historical Black colleges, as well as Black museums like the APEX and the Herndon Home, and newer institutions like the National Center for Civil and Human Rights (NCCHR).

Donald Byrd, chief operating officer for the NCCHR, said the popular downtown destination has seen about a 5% increase in attendance over the last several weeks. The last few Saturdays saw the highest visitation numbers since it reopened last September.

The center is currently open just four days a week, Thursday through Sunday, but Byrd said it is exploring expanding to “five or six days a week,” with expanded capacity as early as July.

Some patrons, he said, are still reeling from last year’s elections and protests against racial violence and are looking for answers.

“With all of the things happening, people wanted to have a conversation,” said Byrd.

From one of the newest attractions in the city to one of the oldest, the APEX Museum on Auburn Avenue has also seen a boom in attendance since it reopened, although the hours have been cut to 11 a.m. to 3 p.m. on Tuesdays through Saturdays.

“Last year was the best year we have ever had in 42 years,” said Dan Moore, the founder and president of the museum. “We are launching a lot of new projects and people are really interested in learning about our history and culture.”

At the Martin Luther King Jr. Historical Park, which is part of the National Park Service, the grounds are open, but visitors are still not allowed in some of the city’s most sought-after attractions.

The King Birth Home, Fire House and historic Ebenezer Baptist Church are still off-limits. The King Center, which is on the grounds of the park, is also closed, except for the bookstore.

“We are anxious to get back, but we are being very careful,” to ensure public health safety, said Judy Forte, the park superintendent.

Other national parks around the country, as well as across the state, have opened. But the King District is one of the country’s most unique as it is urban and relies heavily on indoor attractions.

Forte noted that throughout the pandemic, the park still had virtual educational programs, weekly tours and brisk foot traffic through the outdoor exhibits.

She has not pinned down an exact date to reopen indoor facilities. She said staff are assessing when to open based on local and state trends, as well as monitoring Georgia’s vaccination rate.

Some 38% of Georgia residents are fully vaccinated, compared with 47% nationally, according to government estimates.

Houck, who is restarting his tours this month, said he will require passengers to wear masks on the bus.

Houck estimates that he has lost between $250,000 and $300,000 since the coronavirus shut down the family re- unions, sporting events and convention business that he desperately relied on.

But he is one of the lucky ones. Last August, Atlanta Movie Tours, one of the most popular tourcompanies in the city, shut down permanently.

When Houck’s tours resume at 11 a.m. on July 17, the starting point will be familiar: Coretta and Martin Luther King Jr.’s crypt on Auburn Avenue in the Historic District.

From there, the 30-passenger bus will wind its way through Atlanta’s history of Black progress and civil rights.

The home where King was born in 1929 and the later home where he died in 1968. The Atlanta University Center and the offices of the Southern Christian Leadership Conference and the SNCC Freedom House, as well as other stops.

But Houck said that so much has changed since the last tour on March 4, 2020, that the tour had to be updated.

And with the rise of the Black Lives Matter movement in the wake of the George Floyd and Rayshard Brooks killings last summer, the tour will focus on the 1906 Atlanta Race Riots along Edgewood Avenue and Decatur Streets.

“A lot has changed since this pandemic shut everything down,” Houck said.