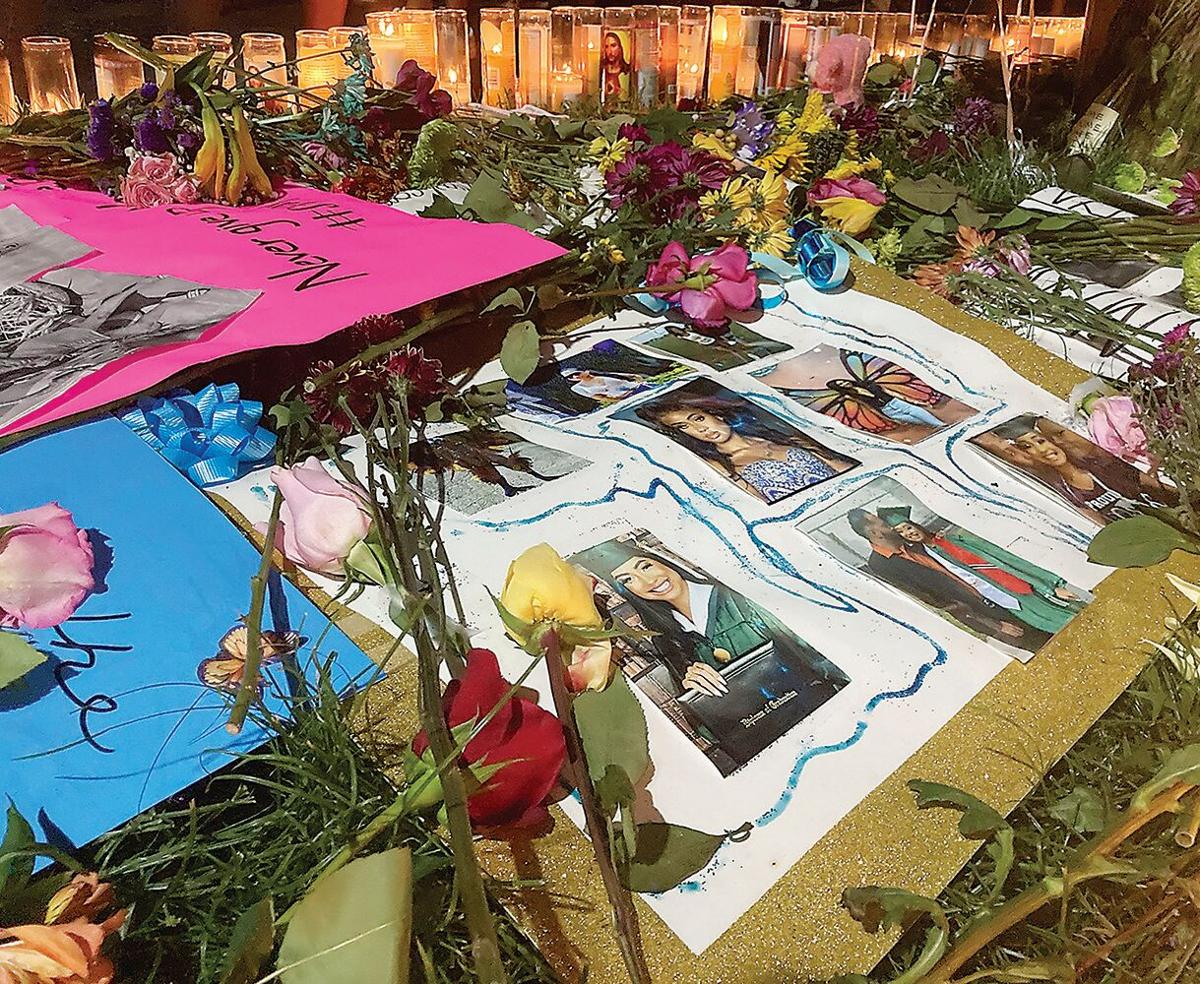 More than 100 people attended a vigil for Miya Marcano, whose body was found in a wooded area at an Orlando apartment complex on Oct. 2. 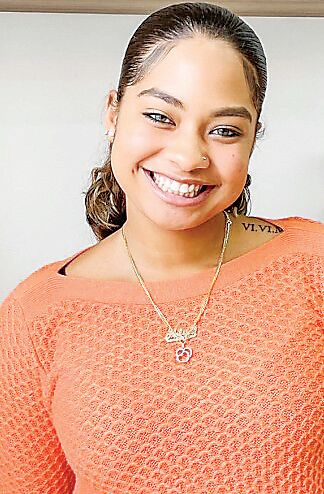 Miya Marcano was a sophomore at Valencia College. 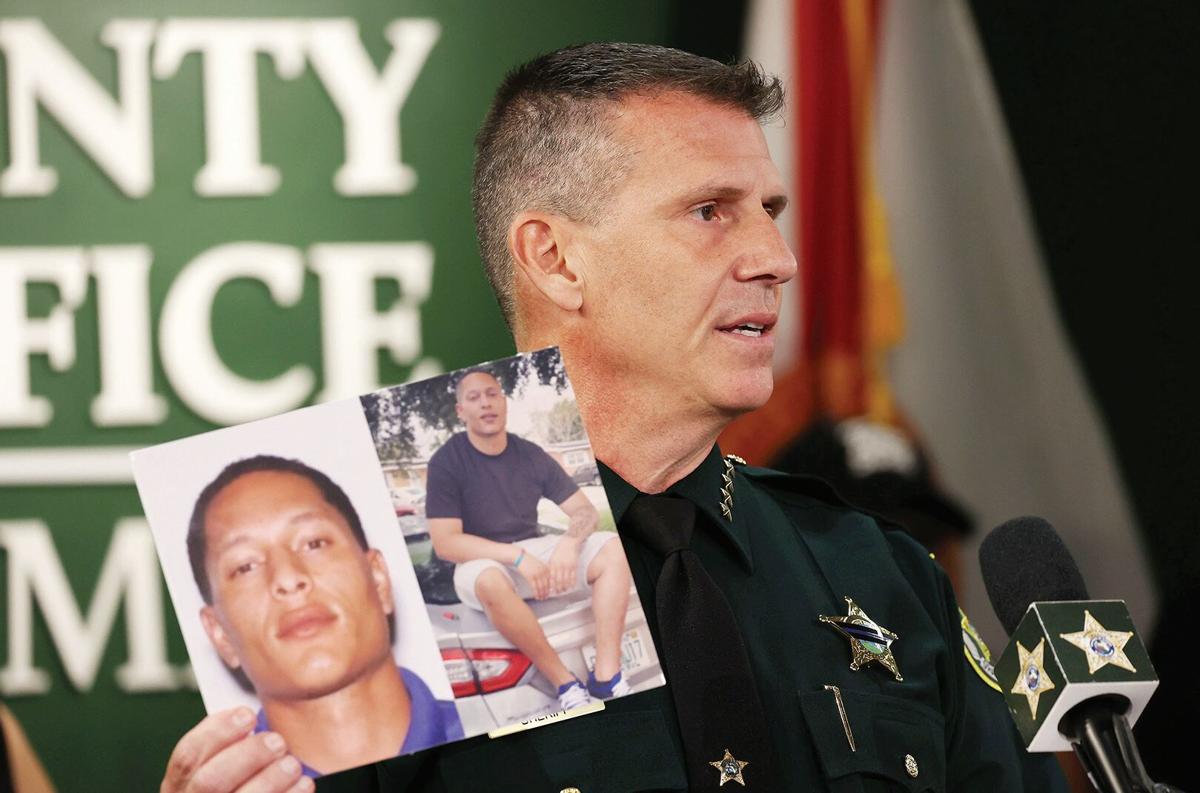 In this file photo, Sheriff John W. Mina shows photos of Armando Manuel Caballero during a press conference on the case of Miya Marcano at the Orange County Sheriff’s Office Central Operations, on Sept. 27. Caballero was found dead in an apartment complex in Seminole County.

Miya Marcano’s body was found near her apartment on Oct. 2.

ORLANDO — The family of Miya Marcano accused the Orange County Sheriff’s Office of failing to initially take her disappearance seriously in a statement released Wednesday along with new video from an encounter with her suspected killer in the hours after she went missing.

After Marcano, 19, missed a Sept. 24 flight from Orlando to South Florida, her family asked the sheriff’s Office to check on her at the Arden Villas apartments near the University of Central Florida, where she lived and worked, according to the statement from Jodi Lewis, a spokesperson for the family’s attorney Daryl K. Washington.

During that welfare check, the deputy found Marcano’s bedroom door was blocked from opening by a dresser, which meant a roommate had to enter Marcano’s room from a back window, the statement said, adding that a responding deputy “noticed the window had been tampered with.”

“The deputy communicated to Miya’s mother that based on the condition of the room, it appeared something happened, however the deputy left, and the family didn’t hear back with any information about what the deputy intended to do,” the statement said.

The family said they got little information from the sheriff’s office for hours while deputies brushed off their concerns. Later, according to the video also released by the family Wednesday, a deputy let the man since described as the “prime suspect” in Marcano’s disappearance drive away.

The Orange County Sheriff’s Office did not immediately respond to the family’s statement.

Caballero’s cellphone data, which placed him near the Tymber Skan apartments for about 20 minutes in the hours after Marcano was last seen, led authorities to discover Marcano’s body on Oct. 2 in the woods near those apartments.

Her cause of death has still not been determined.

During the investigation, detectives learned that Caballero — a maintenance worker at Arden Villas — used a master key to improperly enter Marcano’s apartment not long before she disappeared.

Marcano’s relatives drove up from South Florida to her apartment complex, arriving about 3 a.m. Sept. 25, their statement said.

They said a security guard tried to lift fingerprints from Marcano’s window while the family searched her apartment, finding a box cutter that wasn’t hers under a rug in the room.

Later, when a deputy sheriff arrived, the security guard tried to give him the possible fingerprints, but the deputy did not take them and said this “wasn’t a high priority case,” the statement said.

The law firm representing the Marcano family released a video that the firm said shows family members confronting Caballero as he spoke to an Orange County deputy about 4 a.m. Saturday, hours after Marcano missed her flight.

In the three-minute clip, Marcano’s relatives questioned Caballero about how he knew of her disappearance and why he was at the Arden Villas complex in the early morning hours.

“You have sent obsessive texts to Miya,” someone off-camera who cannot be seen said to Caballero, adding he had also sent the young woman money via CashApp. “We have all seen the texts. You talked about giving her your life savings.”

Caballero responded incredulously to that claim.

“I never said that,” he said. When the same person suggested Caballero’s cellphone records would be pulled by law enforcement, he replied, “Do what you have to do.”

The person accused Caballero of having an “obsession” with Marcano. He claimed the interest was mutual.

He said he came because he was “concerned.”

After the back and forth with the family, Caballero again spoke with the deputy for a few seconds before getting back into his car, the video showed.

The family’s statement said Caballero was off work and had no reason to be at Arden Villas. The family also said they told the deputy that they saw a key fob fall out of Caballero’s lap as he got out of the car and noticed he had Miya’s blanket in his car.

The family said they asked the apartment complex and OCSO officials the following morning to review the complex’s security camera footage and key fob access, but apartment management said they couldn’t do that without a request from law enforcement, which the sheriff’s office hadn’t yet done.

“What’s more disappointing is that the deputy told the family that if they had not heard from their daughter by Tuesday, they would come out and view the cameras and read the key fob,” the statement said. Tuesday would have been four days after the family reported Marcano missing.