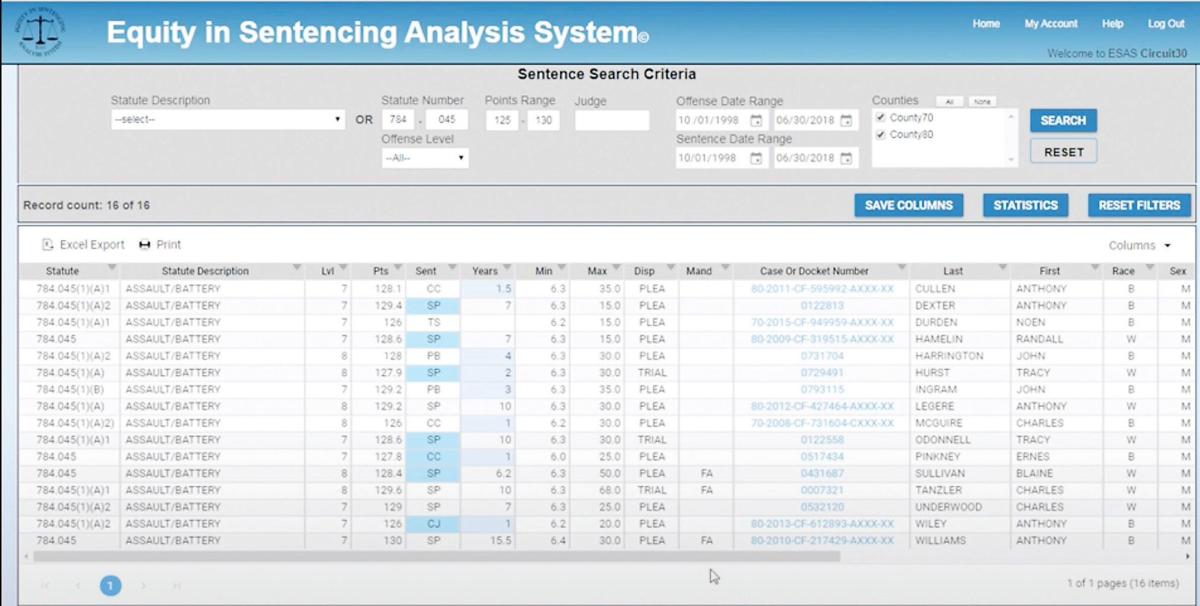 In a few minutes with a few clicks, judges, prosecutors, and defense attorneys can now determine whether a criminal sentence in Florida is fair and reasonable – or not. 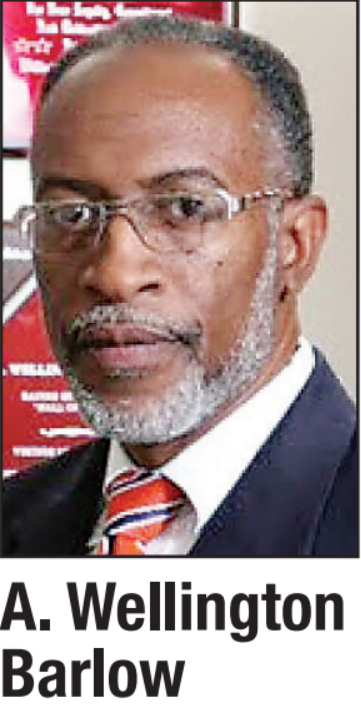 Attorney A. Wellington Barlow’s Equity in Sentencing Analysis System (ESAS) is changing lives. Here is how it works.

To understand how the Equity in Sentencing Analysis System (ESAS, pronounced “E-sass”) works, it’s necessary to understand two important legal definitions and to also have a basic knowledge of how Florida’s criminal justice system functions.

According to the Cornell Law School Legal Information Institute, the word “discretion” is legally defined as “the power of officials to act according to the dictates of their own judgment and conscience. Discretion is abused when the judicial action is arbitrary, fanciful, or unreasonable.”

Prosecutors have a great amount of discretion in offering plea deals to defense attorneys and unrepresented defendants. Prosecutors can use jail time, fines, court costs, probation, community service, pretrial intervention, and whether a defendant has a criminal record, among other factors, as leverage to negotiate a resolution of a criminal charge.

Judges also have a great amount of discretion to sentence criminal defendants, within a fairly wide range of punishment, either leniently or harshly.

The Cornell Law School Legal Information Institute defines the word “precedent” as “a court decision that is considered as authority for deciding subsequent cases involving identical or similar facts, or similar legal  issues…Some  judges have stated that precedent ensures that individuals in similar situations are treated alike instead of based on a particular judge’s personal views.”

In other words, the American legal system strives for consistency as much as possible when court cases are similar or identical.

The goal of ESAS is to allow judges, prosecutors, and defense attorneys to quickly compare “apples to apples” and “oranges to oranges.”

Precedent is also tied to use of discretion. Generally speaking, judges prefer to sentence criminal defendants within a certain range that is both within Florida law and has been established in similar or identical cases.

That’s why in 1983, Florida decided to give more guidance to courts with regard to criminal sentencing.

Before Oct. 1, 1983, Florida law permitted a wide range of judicial discretion in sentencing, ranging from fines to state prison even for low-level, non-violent crimes like theft.

The Florida Sentencing Guidelines was the state’s attempt to structure policy with respect to the sentencing of felonies not involving life sentences or the death penalty. The guidelines provided a uniform set of standards to guide the sentencing court in sentencing decisions.

The critical factor is preparation of a “scoresheet,” in which mathematical values are given to the seriousness of the criminal offense, the defendant’s prior criminal behavior, and other factors. Before being sentenced on a felony charge in Florida, prosecutors are required to prepare and file a sentencing scoresheet with the clerk of court.

Since 1983, Florida sentencing guidelines have been updated and amended. The latest version is the Criminal Punishment Code, which became effective for offenses committed on or after October 1, 1998. However, the Code allows for greater upward discretion in sentencing, provides for increased penalties, and lowers mandatory prison thresholds.

An important provision of the Code requires the Florida Department of Corrections (FDOC) to collect and evaluate data on sentencing practices from each of the state’s 20 judicial circuits. The department developed a database in 1994 to be used as a mechanism to allow for the storage of completed scoresheets received from the clerks of the courts.

Those scoresheets – now stored electronically – are the keys to the ESAS criminal justice revolution in Florida.

ESAS empowers users to electronically search a proprietary database containing more than two million sentencing records from the Florida Department of Corrections and quickly receive sentencing data from prior cases.

The search for similar or identical cases can be based on the type of crime committed and when; by county; by the number of guideline points; by circuit – or even by judge.

The information ESAS retrieves is even more specific.

It can tell the judge whether a defendant was sentenced to community control, probation, time already served in jail and released, or was sent to a county jail or Florida state prison. It gives information on whether the sentence was given by a negotiated plea or after a trial.

It provides a link to the individual cases so that a judge can compare the case before him or her to the similar or identical cases ESAS has retrieved. ESAS also allows all the cases to be filtered by race and sex, as well as by the judge’s name.

Attorney A. Wellington “Al” Barlow refers to such retrieved information as ‘Sentencing Precedent’ which can be used to analyze, compare and contrast sentences in pending cases with the thousands of prior sentences collected in the ESAS database.

In the short time ESAS has been available, it brings Florida’s goal of objective sentencing into the digital age. It’s served as a practical check and balance on the power prosecutors wield in the criminal justice system.

It’s empowered defense attorneys, prosecutors and judges to analyze previous cases to ensure that race, gender, geography, the judge, or any of the usual factors don’t cause disparate punishment.

It’s kept people out of jail who didn’t deserve to go. And it’s saved millions of taxpayer dollars in state prison costs.

Next in this series: The Results: How the Equity in Sentencing Analysis System is changing Florida’s criminal justice system, one case at a time.

For additional information and a video demonstration on how ESAS works, log on to https://technologiesforjustice.com/demo