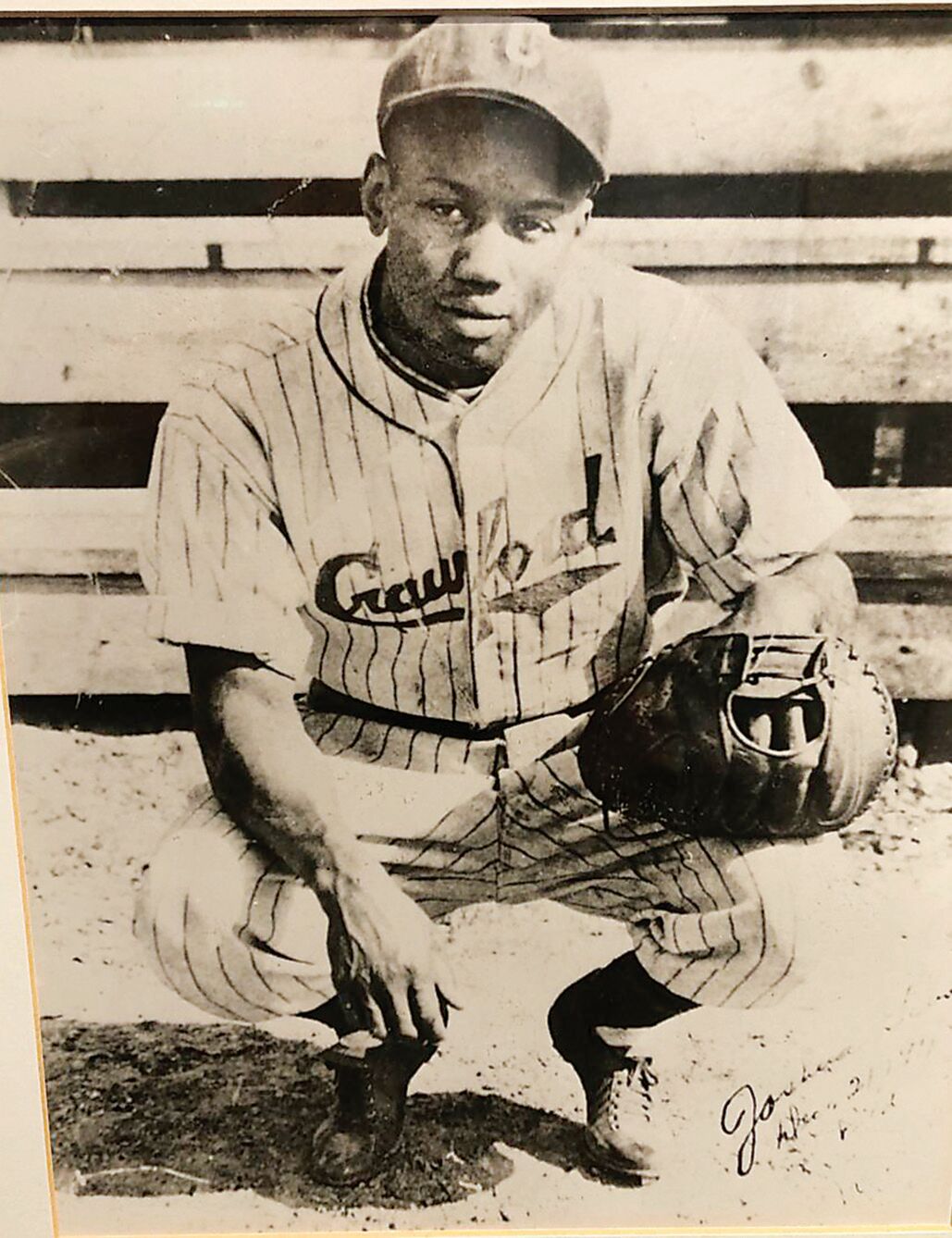 Josh Gibson played on two of the greatest teams in Negro Leagues history, the Homestead Grays and Pittsburgh Crawfords. 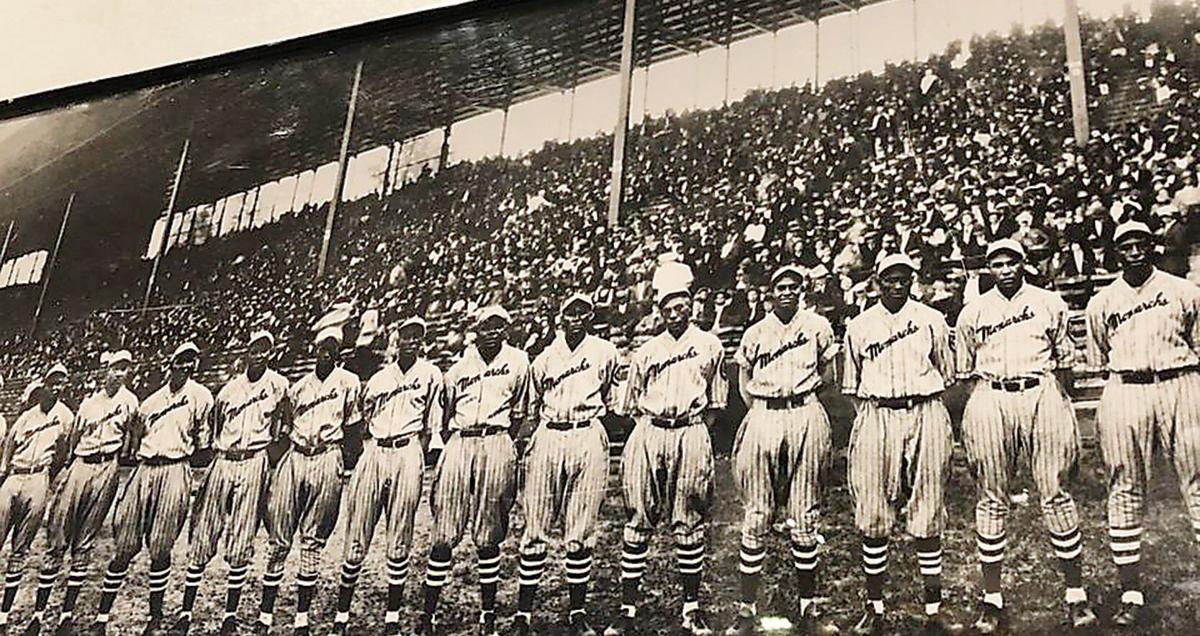 The first “Colored World Series’’ was held in 1924 between the Kansas City Monarchs and Hilldale. 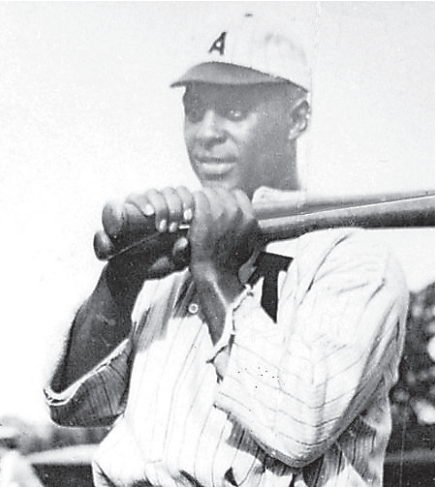 The late baseball legend Oscar Charleston is in good company.

Eighty years after his retirement in 1941, Charleston moved into third place Tuesday among the career leaders in OPS+ at 184 — behind Babe Ruth (206) and Ted Williams (191) and ahead of Barry Bonds (182) — as baseballreference.com updated its statistical database to include the Negro Leagues as major leagues. OPS+ is a statistic that measures the ability of a baseball player to get on base and to hit for power, two important offensive skills.

Adding some new stat lines to a baseball website might not seem like a big deal, but for fans and admirers of Negro League baseball, it’s another wrong that has been made right.

“The arc of the moral universe is long, but it bends toward justice,” Martin Luther King Jr. once said.

For 94-year-old Ron Teasley, one of the few remaining players who appeared in the Negro Leagues in or before 1948, justice finally has come to his doorstep.

“He probably never would’ve thought he’d see something like this in his lifetime,” said Sean Gibson, great-grandson of Negro League Hall of Famer Josh Gibson. “I’m very excited for him. For a man who is still living at 94 years old, it’s going to be phenomenal for him to see that.”

MLB’s decision in December to recognize the Negro Leagues as major leagues, officially putting Josh Gibson at the same level as Mike Trout, required a major undertaking to verify statistics from box scores that may or may not have been printed in local newspapers at the time.

Researchers excluded exhibition games, which were popular games scheduled mostly to make money, and stats that could not be discovered in a verified box score.

Through the combined efforts of Sports Reference, the Society for American Baseball Research (SABR) and Seamheads.com — a Negro Leagues statistical data-base — the integration of Black players and their statistics with the previously acknowledged major leagues became available starting at 5 a.m. Tuesday.

Historian and researcher Larry Lester, chairman of SABR’s Negro Leagues Committee, called it a “long and bittersweet” journey for the recognition of Black ballplayers, many of whom were talented enough to play in the American or National leagues but were denied an opportunity based on their skin color.

“Bittersweet because it took Major League Baseball so long to recognize Negro League stats,” Lester said. “I think this country has become awoken based on several social issues and concerns with police brutality and systemic racism. And now we have come full circle to recognize the greatness of these ball players.

“It’s an opportunity for Americans to learn about some of the greatest ballplayers to play the game — that just happened to be of a darker complexion.”

Stars of their era

The statistics from seven Negro Leagues from 1920-48 are now included, going from the inception of the leagues to their final World Series. The Negro Leagues’ days were numbered after Jackie Robinson broke the MLB color line in 1947 and teams slowly began signing Black stars.

The addition of Black stars to the popular baseball-reference.com site will “humanize these folk heroes,” Lester said, while certifying their status as all-time greats.

Some of the familiar leaderboards have changed, particularly single-season leaders.

“Single-season slugging leaderboard, there will be a lot of new aces,” said Sean Forman, president of Sports Reference, whose sites include baseball-reference.com.

He wasn’t kidding. Gibson’s .974 slugging percentage in 1937 vaulted him over Bonds’ previous record of .863 with the San Francisco Giants in 2001. Mule Suttles, Charlie Smith and Gibson take up the next three spots, dropping Bonds to fifth place.

There was plenty of debate in 2001 when Bonds, an alleged performance-enhancing drug user, passed Ruth’s 1920 slugging mark of 847.

But now the record belongs to Gibson, who holds three of the top nine spots on the single-season slugging leader list. He also surpassed Bonds as the single-season OPS leader, taking the top two spots with a 1.474 mark in 1937 and 1.427 in 1943.

Negro League seasons often consisted of about 50 to 70 games, so players did not make as many plate appearances as their AL and NL peers, meaning even the all-time greats would end up far behind white stars in career numbers.

Gibson was known as “the Black Babe Ruth” for his power, and Forman said one search tool at baseball-reference.com will give readers the chance to see how many home runs Gibson would’ve hit at Coors Field, a hitters’ paradise.

Sean Gibson said the one stat that most excites him is Josh Gibson’s .466 batting average in 1943, which went higher upon review.

“At one point it was .441,” Sean said. “That was exciting to see it went up even higher. If that stands, Josh Gibson will be the all- time single-season batting leader.”

The modern-day single-season record was held by the Philadelphia Athletics’ Nap Lajoie, who hit .427 in 1901, the AL’s inaugural season.

The all-time record belonged to the Boston Beaneaters’ Hugh Duffy, who hit .440 in 1894. But now Duffy is fourth behind three Negro Leaguers — Vargas, Gibson and Charlie Smith (.451 in 1929). Lajoie’s 1901 record also fell, as he dropped from first in the modern era to ninth.

He also noted that Newark Eagles pitcher Leon Day joins Bob Feller as the only major league pitchers to throw a no-hitter on opening day, with Day’s coming in 1946 against the Philadelphia Stars, six years after Feller’s no-no for Cleveland against the Chicago White Sox.

Some numbers may change as new information comes to light. Lester said they still were trying to find a box score of a four-homer game by Josh Gibson in July 1938 against the Memphis Red Sox in Zanesville, Ohio. They found three newspaper accounts of the feat but could not locate a box score.

“The four home runs can’t be included for the simple reason our data must balance,” Lester said.

In other words, you can’t add four home runs for Gibson without adding the home runs allowed for the pitchers who served them up.

“The data is solid, but we want people to know we’re still discovering new data,” Lester said, adding that leaderboards may change by a little over time.

“Ty Cobb’s numbers have changed,” Forman said to show statistics are reviewable in all leagues.

Lester said baseball debates are made for barbershop banter, and he welcomes “all the critics” who may dispute the merits of Negro League stars when comparing them with their AL and NL peers.

But researchers now have official major league stats to back up the claims to greatness of the Black stars, so they’re ready for the arguments to begin.

“Bring it on,” Lester said.

It’s a new dawn for baseball — and a reminder it’s never too late to right a wrong.