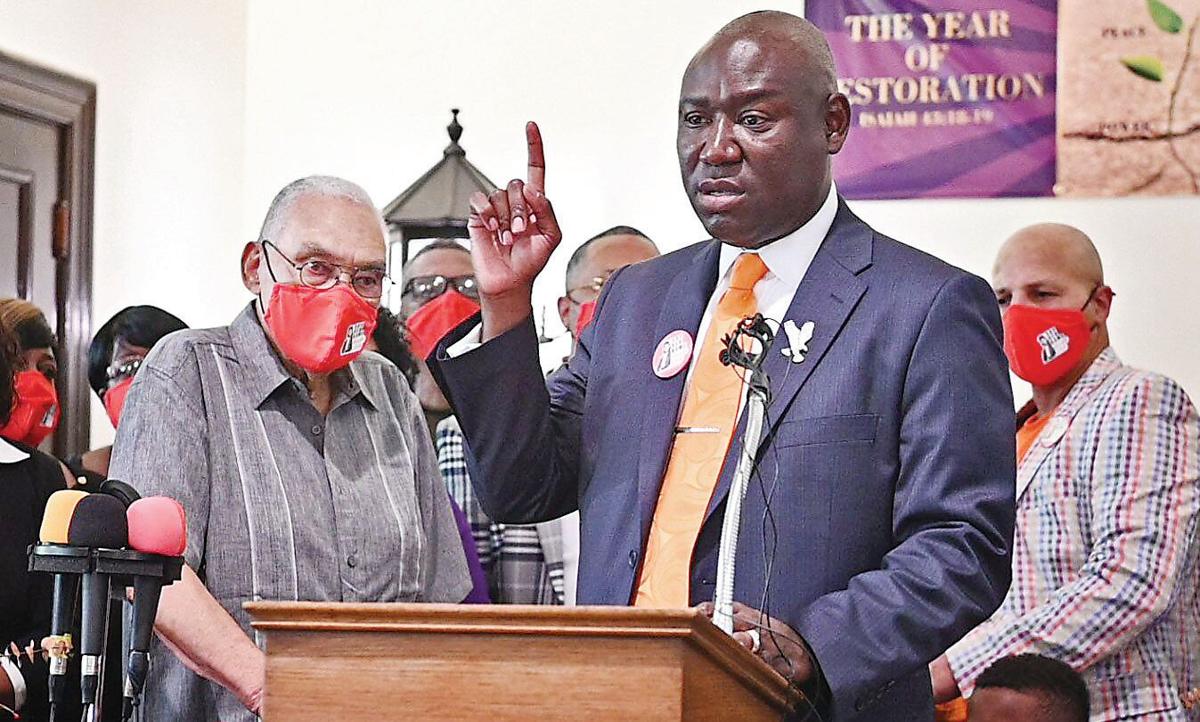 Civil rights attorney Ben Crump along with lawyer Christopher Seeger announce during a July news conference their representation of the family of Henrietta Lacks as her oldest surviving son Lawrence Lacks Sr., left, looks on. 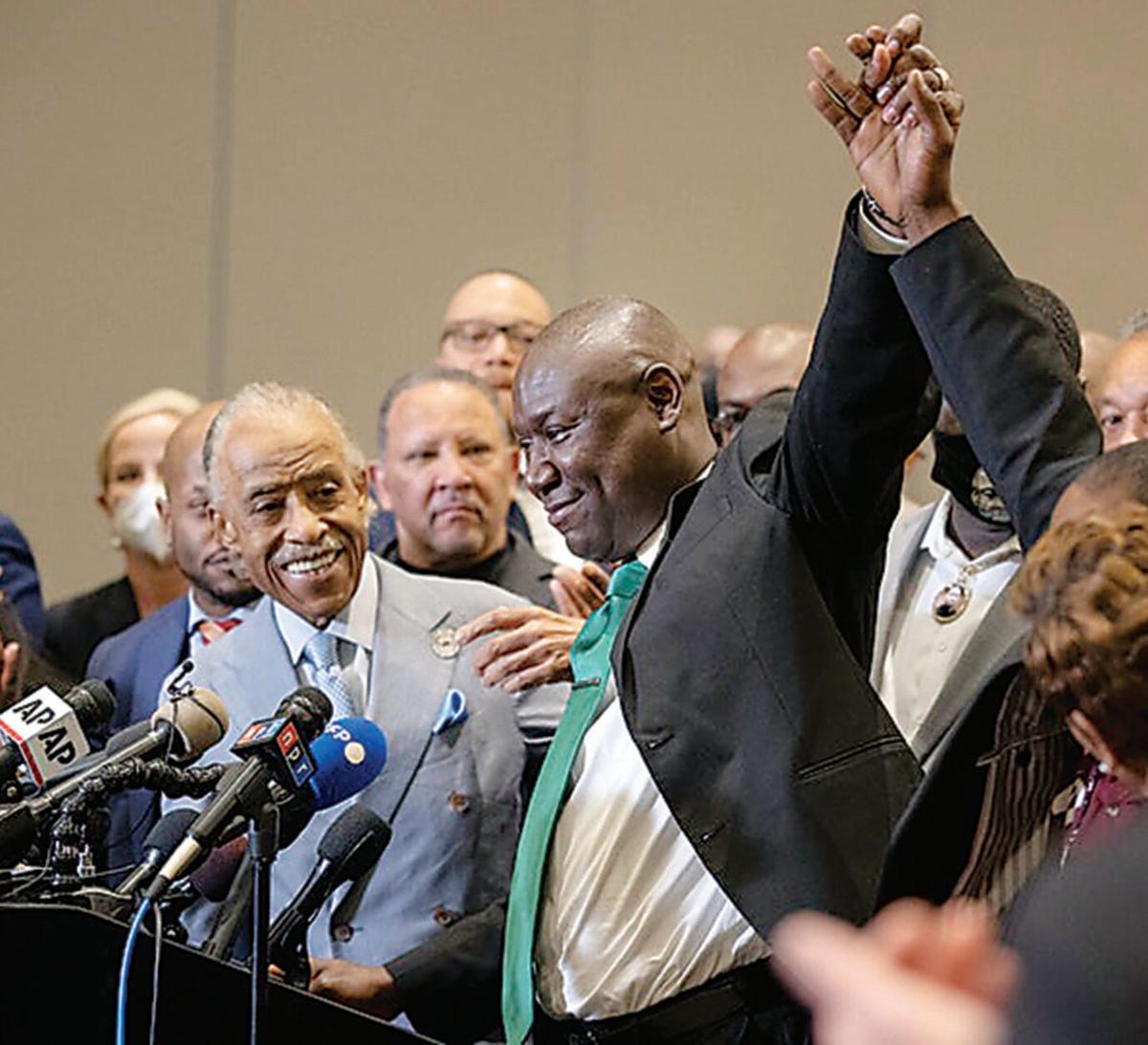 Attorney Ben Crump celebrates on April 20 at a news conference held after the verdict in the murder trial of former Minneapolis police Officer Derek Chauvin.

Attorney Ben Crump named one of TIME’s most influential people

TIME has named nationally renowned civil rights and personal injury attorney Ben Crump to the 2021 TIME100, its annual list of the 100 most influential people in the world, making him the only personal injury trial lawyer to make the list.

Crump has established himself as one of the nation’s foremost lawyers and advocates for social and racial justice.

In addition to working on some of the most high-profile cases in the U.S., representing the families of George Floyd, Breonna Taylor, Trayvon Martin, and Michael Brown, Crump has fought for justice for the residents of Flint, Michigan, who were affected by poisoned water; Black women with ovarian cancer targeted by Johnson & Johnson to use talc products; and people who experienced discriminatory practices – “banking while Black” – by some of the nation’s largest banks.

He is the founder and principal owner of Ben Crump Law.

“He is not only having an impact on the culture both inside and outside the courtroom, but his advocacy is influencing corporate board- rooms and the highest levels of government.”

Crump has been nationally recognized as the 2014 NNPA Newsmaker of the Year, The National Trial Lawyers Top 100 Lawyers, Ebony Magazine Power 100 Most Influential African Americans, and has been referred to as “Black America’s Attorney General.”

His book, published in October 2019, “Open Season: Legalized Genocide of Colored People,” documents how America is killing Black people, whether with a bullet or a lengthy prison sentence, and justifying it legally.

“It’s an honor to be recognized this way and to use any influence I have to bring about greater racial justice for all Americans,” Crump said.

“I am deeply grateful to every single person who has raised a voice to elevate our cries for equality, and I will continue to use any influence I have to make our laws, our justice system, and corporate America more just and free of systemic racism.”

Crump currently led an effort to generate 50,000 calls in 50 hours to the U.S. Senate, urging passage of the George Floyd Justice in Policing Act.

He released a video with the family members of people killed by police, urging supporters to call their senators.

“Ben is shining a light on racial injustice everywhere it exists,” said Rev. Al Sharpton, who has called him Black America’s attorney general. “He is changing hearts and minds, practices and precedents, laws and lives.”

The full list and related tributes will appear in the Sept. 27 / Oct. 4 issue of TIME, available on news- stands on Friday, Sept. 17, and now at time.com/time100.

The list, now in its 18th year, recognizes the impact, innovation and achievement of the world’s most influential individuals.