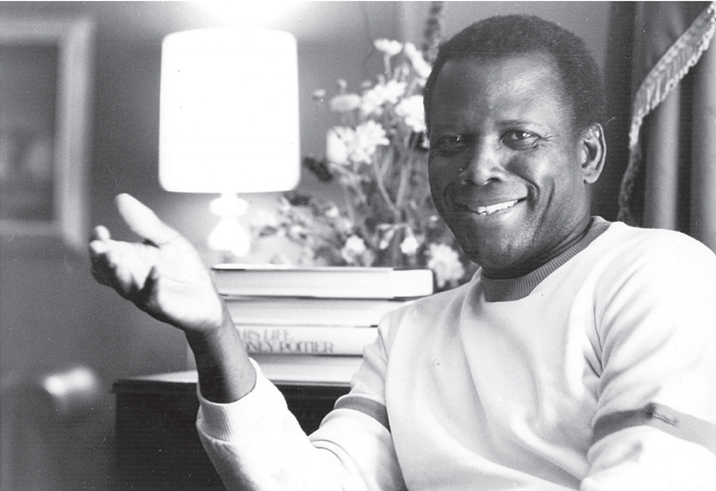 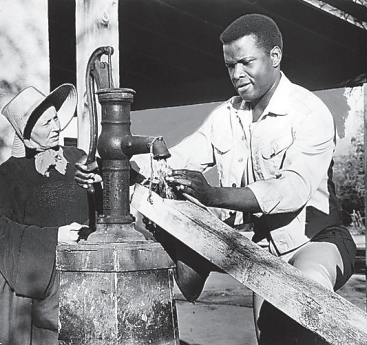 The 1963 movie” Lilies of the Field’’ starred Lilia Skala and Sidney Poitier. In 1964, Poitier became the first Black man to win an Academy Award for best actor for his role in the film.

Oprah Winfrey is helping to keep the legacy of Sidney Poitier alive.

Following the Hollywood historymaker’s death on Jan. 6 at the age of 94, Apple reportedly has a documentary about him on deck with Winfrey executiveproducing and Reginald Hudlin serving as director.

The project, according to Variety, has been in production for more than a year.

The yet-to-be-titled film, an Apple Original Films release, will provide an in-depth examination of Poitier’s life that includes the participation of his family.

In 1964, Poitier became the first Black man to win an Academy Award for best actor for his role in “Lilies of the Field.”

His other credits include 1967′s groundbreaking film “Guess Who’s Coming to Dinner,” in which he starred opposite Katharine Hepburn and Spencer Tracy.

That same year, the Miami-born Bahamian portrayed his most successful character, Philadelphia detective Virgil Tibbs, working alongside a racist white Southern police chief, played by Rod Steiger, in the crime drama “In the Heat of the Night.” It was a role Poitier would reprise in two sequels.

Another one of his beloved works is 1967′s “To Sir, with Love,” in which he played an inner-city teacher.

Knighted by Queen Elizabeth in 1974, Poitier was appointed Bahamas’ ambassador to Japan in 1997.

In 2009, former President Barack Obama awarded the “A Raisin in the Sun” star with the Presidential Medal of Freedom.

Winfrey, who has interviewed the star on her talk show, paid tribute on social media following his death.

“Friend. Brother. Confidant. Wisdom teacher. The utmost, highest regard and praise for his most magnificent, gracious, eloquent life. I treasured him. I adored him. He had an enormous soul I will forever cherish,” she wrote on Instagram, with a photo of them hugging.

Over the weekend, the Winfrey-founded basic cable channel, OWN, replayed episodes of Poitier programming she produced through the years.

“Sidney Poitier defined manhood, he defined excellence, he defined class and elegance,” Hudlin shared on Facebook. “He represented the best of the Black experience, the immigrant experience, the artistic journey and the American Dream. Blessings to his wonderful family, his “brother” Harry Belafonte and everyone around the world who was fortunate enough to be touched by his genius.”

The “House Party” director’s credits include “Boomerang,” as well as episodes of TV series like “The Last O.G.” and “Black Monday.” Hudlin directed the acclaimed 2019 Netflix documentary “The Black Godfather,” examining the life of music industry mogul Clarence Avant.