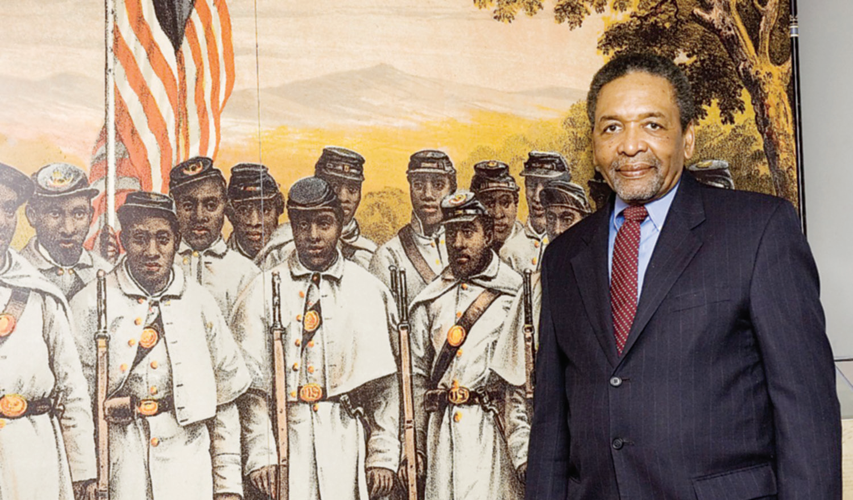 Dr. Frank Smith, president and CEO of the African American Civil War Museum and Memorial, says he will spend Juneteenth telling the heroic story of how 200,000 Black soldiers helped to win the Civil War for America, a story that he says is not told enough. 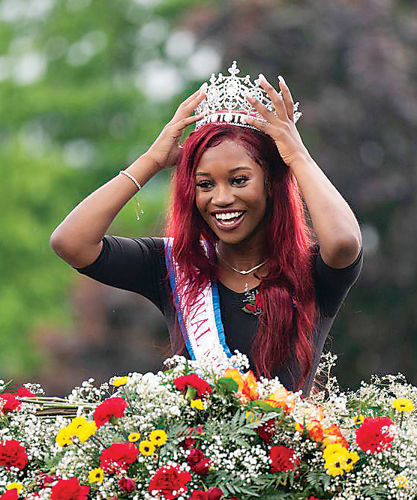 Historians and educators want to see African American Union soldiers honored for their heroism during celebrations of the federal holiday.

When President Joe Biden signed into law the Juneteenth National Independence Day Act last year making Juneteenth a federal holiday, he and Vice President Kamala Harris envisioned it as a holiday mostly for the celebration of freedom.

“We are gathered here in a house built by enslaved people. We are footsteps away from where President Abraham Lincoln signed the Emancipation Proclamation,” said Harris at the White House signing ceremony alongside Black Caucus members on June 17, 2021.

“We have come far, and we have far to go. But today is a day of celebration. It is not only a day of pride. It’s also a day for us to reaffirm and rededicate ourselves to action.”

But, a year later, based on interviews with historians and educators around the nation, this year’s Juneteenth public holiday on Monday, June 20, 2022, will likely turn out to be mostly a day to turn up the struggle for freedom, justice and equality that have yet to be attained.

“I had to warm up to this day like everybody else because it wasn’t on my radar as a significant holiday until Congress passed the bill,” said Dr. Frank Smith, president and CEO of the Washington, D.C.-based African American Civil War Museum and Memorial, which will spend Juneteenth correcting a wrong. “We will be lifting up the names of those 200,000 Black troops” who helped defeat the Confederate Army in the Civil War,” Smith said, a story that is so often untold.

The overwhelming bipartisanship support for the Juneteenth federal holiday came last year amidst widespread protests as millions of people took to the streets against police violence in the aftermath of the murder of George Floyd and other racial traumas and inequities.

It was the first federal holiday attained since Dr. Martin Luther King Jr. Day was established in 1983. But African Americans and several states had celebrated Juneteenth for decades as the day they’d been freed.

However, given the nearly 4,000 lynchings of Black people across the U.S. since the end of slavery, given the Aug. 28, 1955 killing of Emmett Till, the massacre of nine Black people by Dylann Roof at a Bible study in 2016, the horrific public murder of George Floyd by police only two years ago, and the shocking murders of 10 people in a racist rampage at a grocery store in Buffalo, N.Y. on May 14 this year, many think they had best spend Juneteenth continuing to work for freedom instead of just celebrating it.

Caroline Brewer, the author of 13 children’s books, agrees. She pointed out that Black people have long commemorated Juneteenth. Therefore, she has noticed that during the official holiday, her associates are leaning toward continuing their work to build up the Black community as she is attempting to do with Black children.

“I think with any holiday, and when it comes to Black history, where most people that I know are and where I am is that I am celebrating Black history every day. I am doing something for the liberation of our people every day. So, I am focused on promoting my children’s books,” one of which is going to be published in August.

The new book is titled, “Say Their Names,’’ Brewer said. “We’re having conversations about the trauma that we’ve experienced as Black people as a result of police violence and racial violence.”

The story of Juneteenth is quite simple.

President Abraham Lincoln signed the Emancipation Proclamation on Jan. 1, 1863. It declared a formal end to slavery in the United States. But word was slow getting to Galveston, Texas. The slaves in Galveston didn’t know that they were free until almost two and a half years later, on June 19, 1865.

It was on that day that they got the news from Union army troops, including 6,000 Black soldiers who helped to inform them that the war was over and “slavery no longer existed in America,” Smith recounted.

The next year, the freed slaves of Galveston commemorated that day as Juneteenth, a celebration of freedom. Such unofficial annual celebrations had occurred across the U.S. ever since until President Biden has now made the holiday official.

But America must be careful to focus on the real story, Smith said.

Many of those “seasoned veteran” Black soldiers had helped to chase away defeated General Robert E. Lee after he surrendered in Richmond, Va., the former Confed-erate capital, Smith stressed. Actually, those solders were sent to Galveston in order to keep them from participating in the Grand Review Parade down Pennsylvania Avenue in Washington, D.C., celebrating the defeat of the Confederacy.

“They actually sent them out of town so they’d have an excuse to not let America see that it took 200,000 African American soldiers in the Union Army to help the Army win this war…If we don’t tell that story, nobody else is going to tell it,” Smith said.

Black Press historian A. Peter Bailey agrees that the heroism of those Black soldiers is practically the only reason to celebrate Juneteenth.

“What I think we could use it for if we’re going to do something serious about it is to make it a day to celebrate the major contribution that Black soldiers made to the Union victory in the Civil War. This is something that to me is not nearly stressed enough.”

Brewer concludes, “So we will continue to participate in Juneteenth celebrations and appreciate the holiday. But we know that our work is three-sixty-five, twenty-four seven…It just doesn’t end for us. And I don’t know that that has really come across in some of the major media conversations about Juneteenth.

“For a lot of people who may cover the White House, it’s just another holiday with symbolism. But for us, it’s about celebrating the progress we’ve made and the work that still needs to be done.”